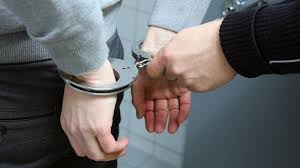 KUALA LUMPUR – A food deliveryman was compounded RM5,000 for posting fake news on his social media platform Whatsapp by the Selayang Magistrate’s Court on Monday (April 20)

Azwan Mohd Salleh, 23, told a co-worker at a department store had tested positive for COVID-19. He pleaded guilty to the charge.  Magistrate Nik Mohd Fadli Nik Azlan handed his sentence.

The court also requested the man to serve a 12-month jail sentence if he failed to pay the fine.

Azwan Mohd Salleh was charged with uploading fake information with the intention of causing fear among the the general public. He committed the offence at Desa Jaya, 7pm yesterday.

The store employee, who was also the complainant had seen the post on Whatsapp saying an employee of the store have been tested positive of Covid-19. The suspect has been charged under Section 505 (b) of the Penal Code which provides highest jail time period of two years or a fine or both.