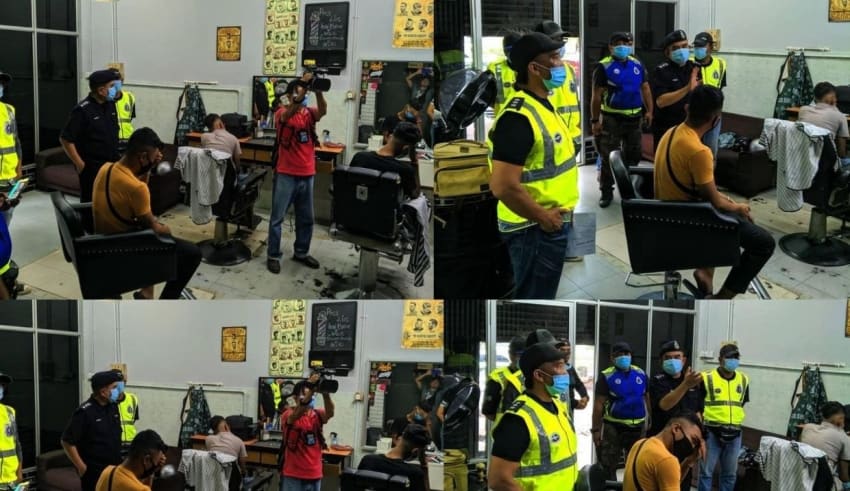 BUTTERWORTH – Police have arrested thirteen men (including the barber) for defying the movement control order (MCO) after they were caught waiting for a haircut at a barbershop in Butterworth.

North Seberang Perai district police chief ACP Noorzainy Mohd Noor said that police received a tip-off that a barber shop was secretly opened and allowed customers to wait for their turn for a haircut.

“Police received a tip-off from the public, a team of police from the North Seberang Prai police headquarters were sent to raid the shop on Monday (April 27) at about 3.30pm.,” he said in a statement.

ACP Noorzainy said all the men aged 20 to 40 were detained for violating the movement contro order.

All of them were detained and will be investigated under Section 269 of the Penal Code and Regulation 11 (1) on the Prevention and Control of Infectious Diseases (Measures within the Infected Local Areas) Regulations 2020. He then urged the public to follow the implementation of the MCO to curb the spread of Covid-19 infection.