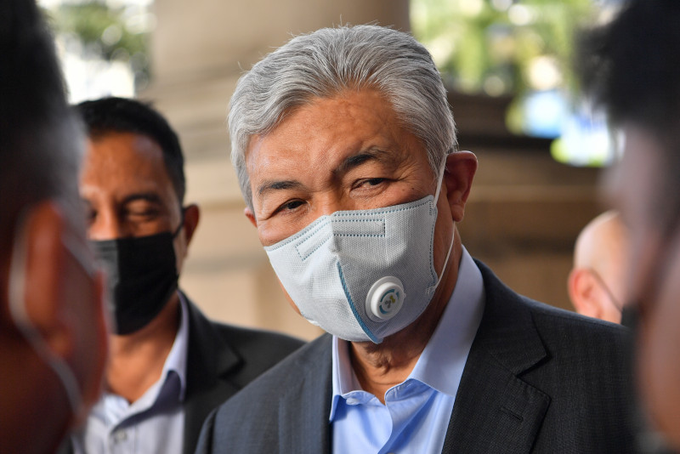 Ahmad Zahid, 69, filed the complaint in the High Court on April 4 through Messrs Shahrul Hamidi & Haziq, naming Muhyiddin, 74, as the only defendant.

According to his statement of claims, Ahmad Zahid was charged with 12 charges of breach of trust, eight counts of corruption, and 27 counts of money laundering before the Sessions Court here on October 19, 2018, all of which were tried in High Court.

He alleged Muhyiddin made a defamatory comment with malice toward him while campaigning in Mersing for the 15th Johor state election on February 13.

According to him, on the same day, the defamatory statement’s video footage was posted on the Astro Awani YouTube channel, which is maintained by Astro Awani. He added that the film, which lasted two hours 35 minutes and eight seconds (2:35:08), is available on the Internet.

On February 16 and 17, Ahmad Zahid claimed that the video had received 29,752 views on the Astro Awani YouTube channel, which has 1.44 million subscribers, and that it had been widely shared on other social media platforms such as KiniTV and Perikatan Nasional Facebook pages, as well as Malaysiakini and Utusan Malaysia portals.

Muhyiddin’s statement, according to the Bagan Datuk Member of Parliament, meant to imply that he had used a shortcut to resolve and defer his ongoing court cases, that he had asked Muhyiddin’s aid to intervene in court cases and the judiciary system, to order the dissolution of the Johor State Assembly, and that he was not an honorable and exemplary leader.

Ahmad Zahid stated that the charges were untrue and intended to smear his good name and character, and that the defendant made them after the Election Commission announced the results of the Johor state election.

He’s asking for general, aggravated, and exemplary damages, as well as an order that Muhyiddin issue a public apology in newspapers, and any other remedy and charges the court deems appropriate.