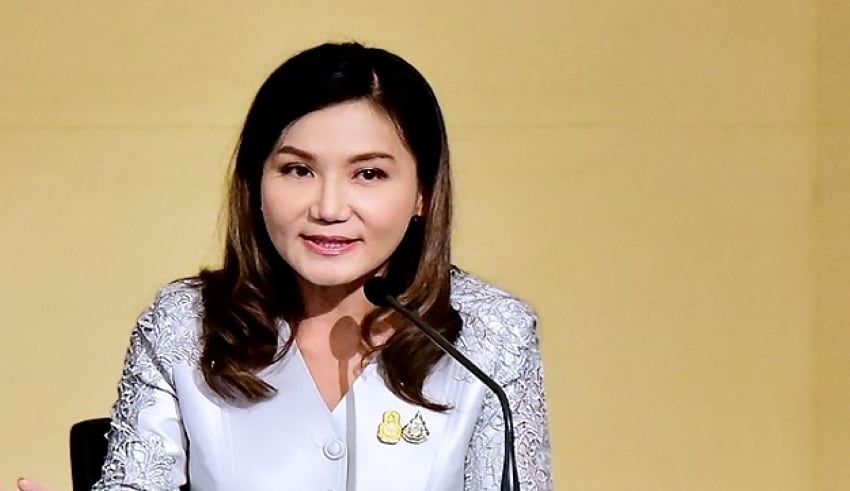 Narumon Pinyosinwat resigned from the role of government spokeswoman.
(C) The National Thailand

Narumon Pinyosinwat resigned from the role of government spokeswoman, further fueling the rumors that she would be named Deputy Labor Minister in the new cabinet line-up.

Meanwhile, Somsak Thepsutin, Deputy Leader of the ruling Palang Pracharath Party (PPRP), has denied warning the government that it may suffer a political aftershock after the reshuffle anticipated in a matter of weeks.

Mr Somsak, also Minister of Justice, insisted that he never made a comment in spite of the media covering it. He stressed that the PPRP would remain together and that the leaders would step in the same direction. No one in the party will be too upset to skip a cabinet post to cause any trouble, according to Mr. Somsak.

It has been widely reported by the media that Industry Minister Suriya Jungrungreangkit has set his sights on filling the post of Energy Minister left vacant by former PPRP Secretary-General Sontirat Sontijirawong. Nevertheless, he is unlikely to make a move as an outsider is rumored to take over the portfolio. Unless someone had sleepless nights after the expected reshuffle, their insomnia will only last for a few days. Prime Minister Prayut Chan-o-cha denied the notion of the government facing post-reshuffle disunity.

The prime minister said the media may have gone overboard with the aftershock problem. The reshuffle is currently at a point where the history and credentials of the cabinet members are being checked. The government will need some time to analyze the record of candidates nominated for cabinet posts, Gen Prayut adding that their unity remains intact.