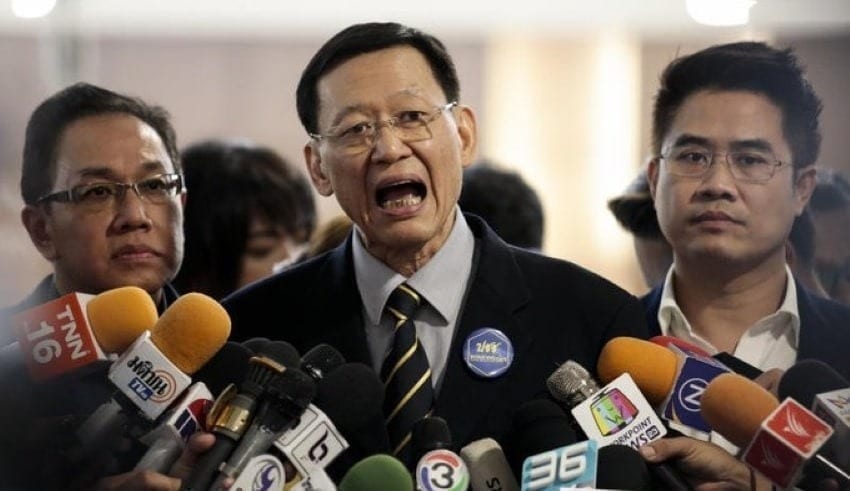 The idea of holding a referendum to ban political rallies for two years to allow the economy to rebound and avoid worsening tensions has been proposed by the Palang Pracharath deputy speaker.
(C) Bangkok Post

The idea of holding a referendum to ban political rallies for two years to allow the economy to rebound and avoid worsening tensions has been proposed by the Palang Pracharath deputy speaker.

Paiboon Nititawan, citing Section 166 of the Constitution, reported that he would recommend to the Prime Minister that 52 million voters in the provincial administration elections in 76 provinces scheduled for December 20 should be asked this question. As the capital does not have an election for a provincial government, a vote would be held exclusively for the capital, involving only a limited budget.

At the joint sitting of the Senate and the House on Oct 26, the PPRP list MP said he had suggested the concept of using a referendum rather than a new election as the solution to the crisis. In his opinion, one of the three requests of young demonstrators, a House breakup to pave the way for a general election, would intensify economic issues and will not fix disputes.

Since Section 166 does not authorize a referendum to be held on a topic that contradicts with the Constitution, Section 44 of the Charter endorses the right of citizens to meet freely without weapons, he recommended that a question be carefully formulated.

According to him, the issue is whether voters consent to a two-year ban on ‘governmental assemblies that violate the rule of public assemblies, breach Section 6 of the National Security Constitution and disrupt attempts to address the economic problems resulting from the outbreak of Covid-19.’

The concern refers to the need to sustain national security and public protection, economic security or public disasters triggered by disputes between persons, and to allow economic initiatives, assistance and solutions to bear fruit.

In total, the proposed question consists of 138 words in Thai, compared to the 57-word question during the referendum that allowed senators in August 2016 to vote on a prime minister alongside Mps. Although the public referendum legislation has yet to take effect, because it is an immediate, imminent question, the prime minister will issue an executive decree for the referendum.

The referendum will encourage citizens to exercise their autonomy and authority directly, he said, to tackle the current situation and achieve a consensus.