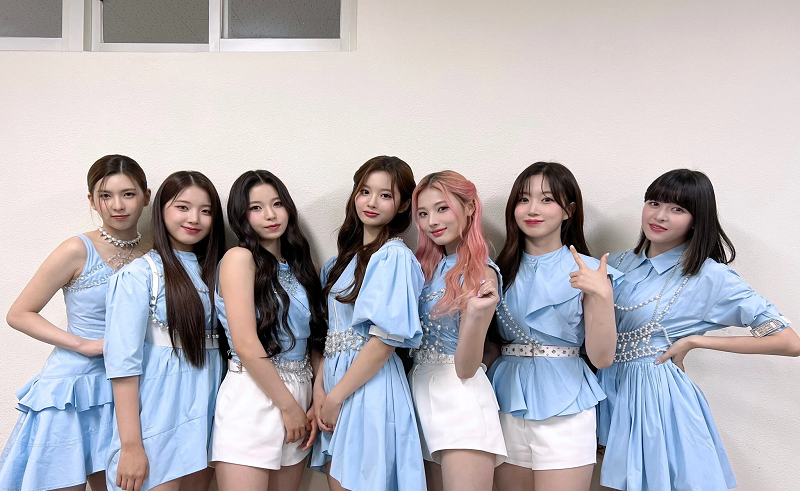 NMIXX is a seven-member South Korean female group created by JYP Entertainment. Kyujin, Jinni, Sullyoon, Jiwoo, Bae, Haewon, and Lily are the other members of NMIXX. On February 22, 2022, they made their debut with the song Ad Mare. On July 8, 2021, a teaser called Blind Package was revealed. The following day, they tweeted about a poster with the title “Your Favorite Girl Group.” Over 60,000 copies of the limited-edition Blind Package were sold during its 10-day pre-sale period (Jul 16 through Jul 25).

Each member’s social media accounts were made public from August to November 2021. The name NMIXX combines the letters “N,” which represent for “now,” “new,” and “next,” with the word “MIX,” which stands for “diversity,” and “mix,” which stands for “combination.”

Lily Morrow, also known as Lily, is a JYP Entertainment trainee who is of Korean and Australian descent. Lily M is half Korean and half Australian (on her father’s side) (mother). She took part in Kpop Star 4’s reality competition when she was 12 years old. She spent a few years living and studying in Korea when her family had to leave Australia due to the Black Saturday bushfires. When Lily was 19 years old, she made her debut on NMIXX. She stands 166 cm (5′ 5″) tall.

Oh Haewon was unveiled as the group’s sixth member. She is in charge of the NMIXX. She joined the group for the first time in 2022 at the age of 18. In 2017, while attending Asia Practical Music Academy, Haewon signed JYP Entertainment. She has been a trainee for at least 4-5 years and made her JYP debut in a trainee showcase in 2018. She will offer even more vocal force to a strong roster because of her reputation for strong voice!

The first NMIXX member to be made public was Choi Yun Jin, also referred to as Jinni. When she made her NMIXX debut in 2022, she was 17 years old. She was a participant in the Trainee Showcase when she joined JYP as a trainee in 2016 at the age of 12. She had five years of training behind her. She had an appearance in the Lucky Charm song video by 2PM Nichkhun in 2019. Jinni has a height of 167 cm (5’6″).

One of the several ’04 liners in the group is Bae Jinsol, also referred to as Bae. Bae has been practising with the other members of JYP Entertainment for almost four years as of 2017, when she joined the company. She is renowned for her powerful vocals, much like the other members. In the eighth grade, she was street-cast by a JYP employee while she was making her way to class. She stands at 168 cm (5’6″) tall. When Bae made her NMIXX debut in 2022, she was 17 years old.

2005 saw the birth of Kim Jiwoo. When she was 16 years old, NMIXX was where she made her stage debut. She enrolled as a JYP trainee in 2018. For the past three to four years, Jiwoo has been a trainee. She belonged to the DASTREET DANCE company. She stands at 166 cm (5′ 5″) tall.

The group’s youngest member is Kyujin (maknae). She was born on May 26, 2006, making her 15 when she made her NMIXX debut in 2022. Like Jiwoo, she enrolled as a trainee in 2017. After a private audition, the agency decided to hire her. Her specialties are dancing and singing. She belonged to Withbill Dance Academy before switching to JYPE. She stands at 167 cm (5’6″) tall.