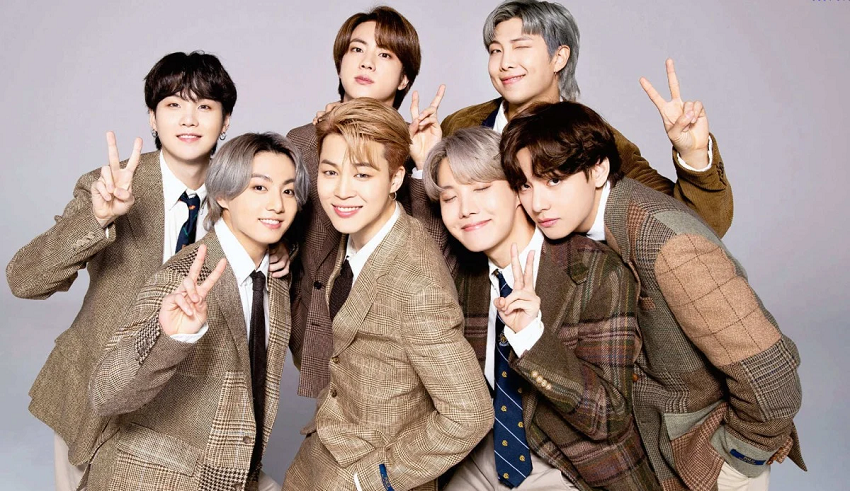 It's no secret that boy groups reign supreme in the competitive world of K-pop, featuring a wide range of talented individuals. In 2022, these are the top picks
(C) Ranker

Now more than ever, K-pop is trending.

Although the genre has been established since the 1990s, its popularity has skyrocketed during the past five years, and not just in Korea.

Maybe it’s because of the sudden popularity of BTS, a well-rehearsed group whose sense of style is just as razor-sharp as their choreography.

Maybe we should give thanks to Psy, the tuxedo-wearing, air-horse-riding king of Gangnam style. Regardless of who exactly introduced the West to South Korea’s distinct form of pop, it is now an established part of the international music scene.

If you’re just getting started, we know all of the top boy groups you should look out for!

The first on the list is the best KPOP boy group which is BTS!

BTS, often known as the Bangtan Boys, is a South Korean boy band that was formed in 2010 and debuted under Big Hit Entertainment in 2013.

The septet, composed of Jin, Suga, J-Hope, RM, Jimin, V, and Jungkook, co-writes and co-produces a significant portion of their own content. Originally a hip hop trio, their musical style has developed to include a wide variety of genres; their songs frequently address mental health, the struggles of school-aged youth and coming of age, grief, the journey to self-love, and individualism.

In addition to significant literary, philosophical, and psychological connections, their work features an alternate universe narrative.

They are a South Korean boy band that was founded by JYP Entertainment via the 2017 reality program of the same name. There are eight members in the group: Bang Chan, Lee Know, Changbin, Hyunjin, Han, Felix, Seungmin, and I.N. Originating as a nine-member group, Woojin left in October 2019 for unknown personal reasons. Stray Kids released Mixtape, their pre-debut extended play (EP), in January 2018 and I Am Not, their debut EP, on March 25.

One of the best KPOP boy groups is Tomorrow X Together, or TXT.

They are a boy band from South Korea that was founded by Big Hit Music. There are five members in the group: Yeonjun, Soobin, Beomgyu, Taehyun, and HueningKai. They made their debut on March 4, 2019 with the EP The Dream Chapter: Star.

Pledis Entertainment formed the South Korean boy band Seventeen, popularly known as SVT. S.Coups, Jeonghan, Joshua, Jun, Hoshi, Wonwoo, Woozi, DK, Mingyu, The8, Seungkwan, Vernon, and Dino are the thirteen members of the group. The group made their debut on May 26, 2015 with the EP 17 Carat.

Seventeen is regarded as a “self-producing” idol group due to the members’ strong participation in composition, choreography, and other areas of their music and performances.

They act as a single entity and are organized into three units with distinct areas of expertise: hip-hop, vocal, and performance. Multiple domestic and foreign media sites have referred to them as “Performance Kings,” “Theater Kids of K-Pop,” and “K-Pop Performance Powerhouse.”

Fifth on the list is Enhypen, popularly styled as ENHYPEN and formally abbreviated as EN-, is a seven-member boy band from South Korea founded by Belift Lab, a joint venture between CJ E&M and Big Hit Entertainment.

There are seven members in the group: Heeseung, Jay, Jake, Sunghoon, Sunoo, Jungwon, and Ni-ki. Enhypen debuted on November 30, 2020, with the extended play (EP) Border: Day One, after forming through the survival competition–reality show I-Land (2020).

They made their debut on October 24, 2018 with the release of Treasure EP.1: All to Zero. The trio played their song “Pirate King” on KBS2’s Music Bank on November 2nd. On January 15, 2019, they released their new EP, Treasure EP.2: Zero to One, along with the music video for “Say My Name.”

Exo is a South Korean–Chinese boy band with nine members, including Xiumin, Suho, Lay, Baekhyun, Chen, Chanyeol, D.O., Kai, and Sehun. SM Entertainment established the group in 2011 and they debuted in 2012. Their music combines pop, hip-hop, and R&B with electronic dance music genres such as house, trap, and synth-pop.

Exo releases and performs songs in the languages of Korean, Chinese, and Japanese. Media outlets have referred to the group as “the largest boy band in the world” and “the kings of K-pop” since 2014, when they were among the top five most influential celebrities on Forbes Korea’s Power Celebrity list.

Got7, often styled as GOT7, is a JYP Entertainment-formed South Korean boy band. There are seven members in the group: JB, Mark, Jackson, Jinyoung, Youngjae, BamBam, and Yugyeom. In January 2014, Got7 debuted with the release of their debut EP, Got It?, which peaked at number two on the Gaon Album Chart and number one on Billboard’s World Albums Chart.

Their live performances, which frequently incorporate aspects of martial arts tricking and street dancing, also attracted attention. In 2015, Got7 released the EPs Just Right and Mad, from which “Just Right” emerged as their most commercially successful single. The group parted ways with JYP Entertainment on January 19, 2021, when their contract with the agency expired.

The last of the top KPOP boy groups of 2022 is none other than SHINee!

SHINee is a South Korean boy band that was founded by SM Entertainment in 2008. The group’s musical influence in their home nation has garnered them countless plaudits and the moniker “K-Princes.” pop’s Four members make up the group: Onew, Key, Minho, and Taemin. Originally a five-member band, the vocalist Jonghyun passed away in December 2017.

The article reveals that BTS is reigning supreme as the best KPOP boy group in 2022! But, how about you? Who is your favorite out of all of these groups?