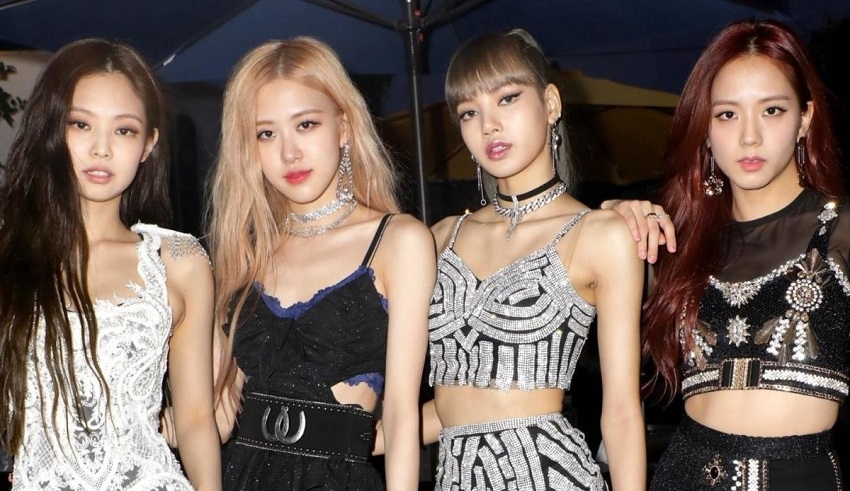 K-Pop is always gaining more and more fans around the world. There are many Korean female groups that are gaining popularity each day, and their admirers can be found in many different countries throughout the world.

There are many girl groups in the K-Pop genre, but the eight acts listed below are widely regarded as the most successful acts in the genre at the present time.

Do you want to know the name of the most popular female group in South Korea?

In order to give you a rundown, we will now go through the process of breaking down the list of the most successful K-Pop female groups of 2022.

It’s possible that K-Pop boy bands like BTS get more attention on a global scale, but it’s the K-Pop girl groups who are seeing their fan bases explode into the hundreds of millions range.

The best K-pop girl group is none other than Blackpink, also known as BLACKPINK or BLKPIIK. They are a girl group from South Korea that was created by YG Entertainment and consists of members Jisoo, Jennie, Rosé, and Lisa.

Blackpink is frequently stylized as BLACKPINK. Over the course of their career, Blackpink has established a number of new online records. Both the music video for “Kill This Love” (2019) and the music video for “How You Like That” set records for the most-viewed music video within the first 24 hours of publication, with the latter music video breaking five Guinness World Records and setting two of its own.

In addition to this, they are the first music group ever, as well as the first Korean artist, to have three of their music videos reach one billion views or more on YouTube.

Blackpink is now the girl group with the most followers on Spotify, and they are also the music group, female act, and Asian act with the most subscribers on YouTube.

Second on the list of the best K-Pop girl groups is the up and coming NewJeans!

ADOR (All Doors One Room), a sub label of HYBE Labels, has just announced the formation of a brand new girl group with five members called NewJeans.

Even though they are the only group on the ADOR roster at the moment, they have already demonstrated a great deal of potential. Their very first debut extended play, which is titled “New Jeans,” includes four songs that are a delight to listen to and are easy to follow along with.

To put it simply, they are among the most visually appealing works that the K-pop industry has to offer at the moment.

The members of the South Korean female group Itzy are as follows: Yeji, Lia, Ryujin, Chaeryeong, and Yuna. JYP Entertainment is responsible for the group’s formation. They made their debut with the release of their debut single album titled It’s Different on February 12th, 2019.

JYP Entertainment’s reality show Sixteen in 2015 was the catalyst for the formation of the South Korean female group known as Twice.

The band is made up of nine individuals, namely Nayeon, Jeongyeon, Momo, Sana, Jihyo, Mina, Dahyun, and Chaeyoung. Tzuyu rounds out the lineup. The band made their debut with the release of the extended play (EP) titled “The Story Begins” on October 20, 2015.

As of the end of the year 2020, the group has achieved a combined total of more than 10 million album sales in South Korea and Japan, making them the highest-selling girl group in the history of K-Pop.

SM Entertainment is responsible for the formation and management of the South Korean girl group Red Velvet.

They first made their appearance on the music scene on August 1, 2014, releasing the single “Happiness” with a line-up that consisted of Irene, Seulgi, Wendy, and Joy. In March of 2015, after the release of their debut mini album titled Ice Cream Cake, the group welcomed Yeri as their fifth and final member.

The musical output of Red Velvet is a reflection of the group’s name: the “red” side of their music is predominantly pop, with occasional forays into electronic, funk, and hip hop; the “velvet” side, on the other hand, focuses on R&B music influenced by the 1990s, with elements of ballad and jazz.

Praise has been heaped upon their adaptability across genres as well as their catchy choruses.

Also Read: Chanty of Lapillus Pinay talks about why PH is the group’s 1st tour stop

Sixth on the list of the best K-pop girl groups is Aespa!

SM Entertainment is responsible for the formation of the South Korean girl group Aespa. Karina, Giselle, Winter, and Ningning are the members that make up this group. Their first single, titled “Black Mamba,” was released on November 17, 2020, marking the beginning of their career.

StayC, also stylized as STAYC, is a girl group from South Korea that consists of six members and is signed to High Up Entertainment.

Girls’ Generation is still active in the music industry and continues to be revered for their iconic status 15 years after their debut. Since their debut, the then 9-member group, which consisted of Taeyeon, Sunny, Tiffany, Hyoyeon, Yuri, Sooyoung, Yoona, Seohyun, and Jessica, has been responsible for paving the way for many succeeding K-pop groups and even protest movements.

Tamar Herman, a culture writer and longstanding lover of K-pop, and Michelle Cho, a historian of Korean film and culture, join guest presenter Elise Hu in a conversation about the legacy of the two women.

2NE1 is a girl group from South Korea that has been active between the years 2009 and 2016. The group was founded by YG Entertainment. Bom, CL, Dara, and Minzy were the other members of the group that comprised it.

They are recognized for expanding girl group styles in the Korean music industry and have become one of the leading figures of the Korean wave. They are known for breaking typical stereotypes of K-pop, musical experimentation, fashion, and stage presence.

Also Read: This is how Jisoo got ready for the Dior SS23 Show

KARA is a girl group consisting of five members that was founded by DSP Media. They began as a quartet and released their self-titled debut album on March 29, 2007, under the moniker The First Bloooooming.

According to a statement made by the group’s management company, the second-generation K-pop girl group Kara will return with new music after a sabbatical of seven years.

Kara is reportedly planning to return to the K-pop scene in November, at which time she will also release a new album. After making their debut in 2007, Kara went on to become one of the most successful girl groups of the late 2000s and early 2010s, which is considered to be the beginning of the second generation of K-pop.

And with that, we’ve presented every awesome girl group, and the reigning group is Blackpink! From the list of all these groups, who’s your pick?