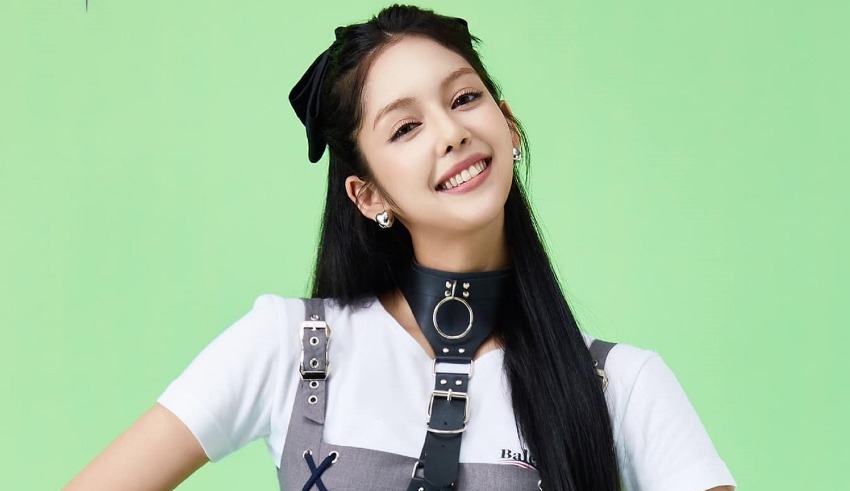 Recognizing that many of its early followers are Filipinos, Lapillus selected the Philippines as the first stop on its international promotional tour.
(c) NME

Recognizing that many of its early followers are Filipinos, the South Korean girl band Lapillus selected the Philippines as the first stop on its international promotional tour. Chanty, a Filipino member of the group, is ecstatic to return.

Chanty stated at a press briefing for Lapillus, whose two-week itinerary in Manila includes picture shoots, guest appearances on radio and television, live performances, and charity activities, “I have so many words to describe how I feel right now.”

“I’m simply thrilled to promote ‘Hit Ya!’ and our band in the Philippines, my native country. It’s a privilege.” Chanty, a former member of Star Magic formerly known as Chantal Videla, expressed her gratitude for the Filipino people’s openness, acceptance, and support of the group.

Chanty is visiting the Philippines for the first time after eight months of training in Korea. “I am happy to return. This time, I can offer my supporters more… “I hope to motivate some of them to continue changing their ambitions like I have,” she said.

The girls’ Manila trip will end in a two-day fanmeet on September 10 and 11 at Market! Market! and Ayala Fairview Terraces, respectively. “We chose the Philippines since we saw we have a large number of Filipino supporters. Additionally, Chanty has told us tales about the Philippines. She stated that it is a welcoming, vivacious country where we will receive much affection. It’s a fantastic location,” Shana added.

The rookie K-pop trio made their debut in June of last year with the digital single “Hit Ya!” which they played live on the Mnet music program “M Countdown.” Currently, the song has over 13 million streams on YouTube and Spotify. The girls will release a little album titled “Gratata” on September 22 to maintain their momentum.

Yue said that the issue is performing with a green screen. “Because it was our first time, we all had to visualize how the [scene] would appear. But it was enjoyable… and an experience we will never forget.”

Bessie hopes that the audience felt the group’s energy during their performance. “We wish for them to enjoy the tunes… It’s not only about us, but also about the audience,” she stated.

While the group strives to move and sound as one, it is the members’ unique characteristics and qualities that make them interesting. “We are all different in some way…We have various ways of expressing ourselves when performing, which makes us intriguing to watch and hear,” Chanty explained.