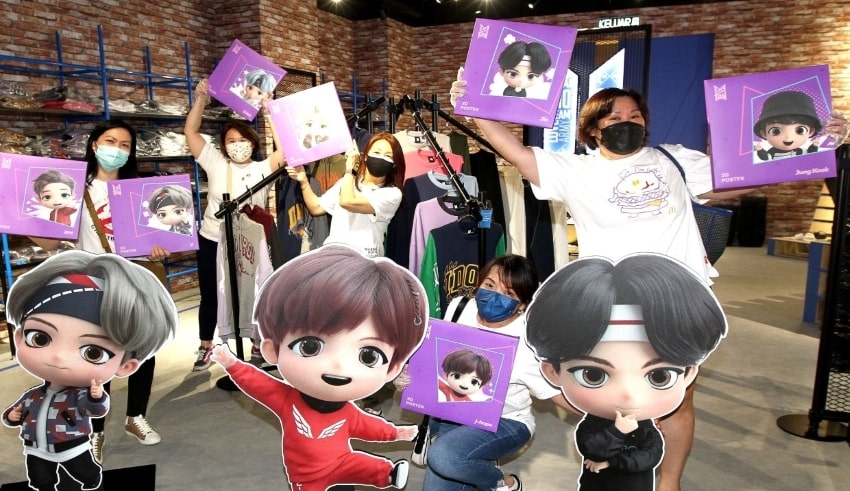 The first-ever BTS pop-up store in Malaysia has launched in the 1Utama retail complex. The BTS Pop-Up: Map of the Soul Showcase was originally slated to debut in May but was postponed until September 8 owing to the Movement Control Order.
(C) thestar.

The first-ever BTS pop-up store in Malaysia has launched in the 1Utama retail complex.

The BTS Pop-Up: Map of the Soul Showcase was originally slated to debut in May but was postponed until September 8 owing to the Movement Control Order.

Through a Facebook post, 1Utama Shopping Centre urged fans of the Kpop boy band, also known as Army, to attend the showcase, which would take fans through several periods of BTS’s musical history.

Additionally, the pop-up shop will include over 300 pieces of officially licensed BTS goods, including limited edition clothing, accessories, bags, figurines, and posters.

Additionally, fans and visitors will be able to engage with different attractions located around the exhibit.

Each zone has been meticulously recreated to resemble music video settings and album tracks.

The exhibition complements 1Utama’s development ambitions, which include the addition of a number of Korean attractions to its Korean-themed retail zone, dubbed ‘District K.’

In line with Phase One and Phase Two of the National Recovery Plan, the display will be restricted to fully vaccinated individuals only.

Visitors will also be required to scan a QR code at the entry counter in order to be added to the Virtual Waitlist System.

A confirmation SMS with a link will then be provided, allowing for secure and easy access to updated queue positions at any time.

A second SMS will be issued to remind you to return via QR code for formal admission.

Visitors will be limited to a 45-minute stay per individual.

The BTS Pop-Up: Map of the Soul Showcase is open every day from 10 a.m. to 8 p.m. on the ground floor of 1Utama Shopping Centre in Petaling Jaya. The exhibition will be on display until January 31, 2022.