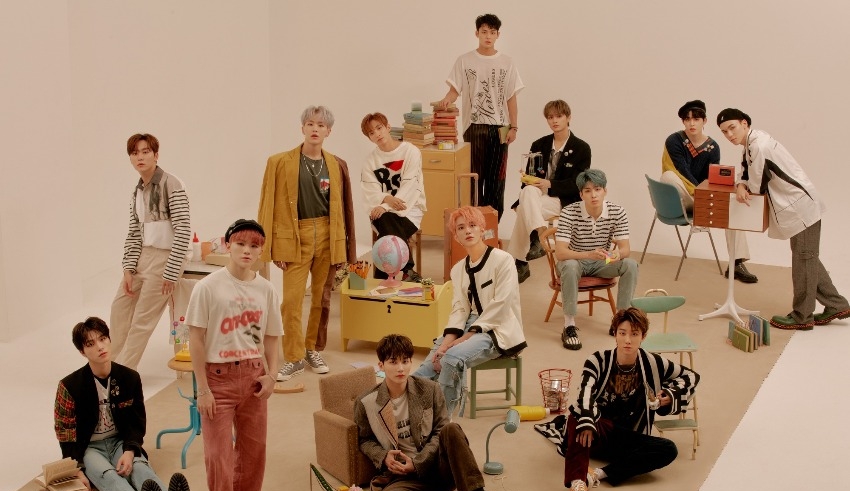 PLEDIS agency stated, "We would like to provide SEVENTEEN Fan Etiquette to promote a healthy fan culture and safeguard the safety and rights of artists."
(c) KpopMap

Thursday, October 6th, PLEDIS Entertainment, the agency of the K-pop group SEVENTEEN, issued a warning over the recent unacceptable behavior of the group’s followers.

Members’ safety and privacy have been compromised by acts such as stalking, excessive physical contact, capturing close-up images and videos, invasion of privacy, and inappropriately gaining information about their whereabouts or flights. According to PLEDIS, these recurring incidents occur everytime SEVENTEEN performs in other nations.

Fans have also “taken indiscriminate photos in airport locations where photography is prohibited and caused discomfort and inconvenience to others by blocking other passengers’ paths, using bad language, and making noise.” In addition, there have been cases of fans purchasing or selling the members’ personal information and compromising their privacy by mailing them presents or visiting their residences.

PLEDIS stated, “We would like to provide SEVENTEEN Fan Etiquette to promote a healthy fan culture and safeguard the safety and rights of artists.”

The entire set of rules is available on WeVerse.

In the event of a violation of any of the etiquette standards, PLEDIS states that the agency is permitted to divest fans of their “ability to carry the official SEVENTEEN Global Fan Club Membership (CARAT MEMBERSHIP) or be restricted or barred from obtaining the benefits without prior notice.” Infringers will be denied access to any SEVENTEEN activity or escorted out. If a fan is caught photographing or filming without authorization, the images or clips will be destroyed.

“We assume no responsibility for any equipment damaged during your egress.” Evidence may be acquired and violators may be subject to legal and criminal sanctions,” PLEDIS stated, underlining the necessity for a “sound fan culture” to defend the artists’ rights.

On Friday, October 7, SEVENTEEN arrived in Manila for the Be The Sun globe tour. On Saturday, October 8 and Sunday, October 9, the 13-member ensemble will perform at the SM Mall of Asia (MOA) Arena. Before arriving in Manila, they visited Bangkok and Jakarta. Their next destinations are Singapore and Japan.