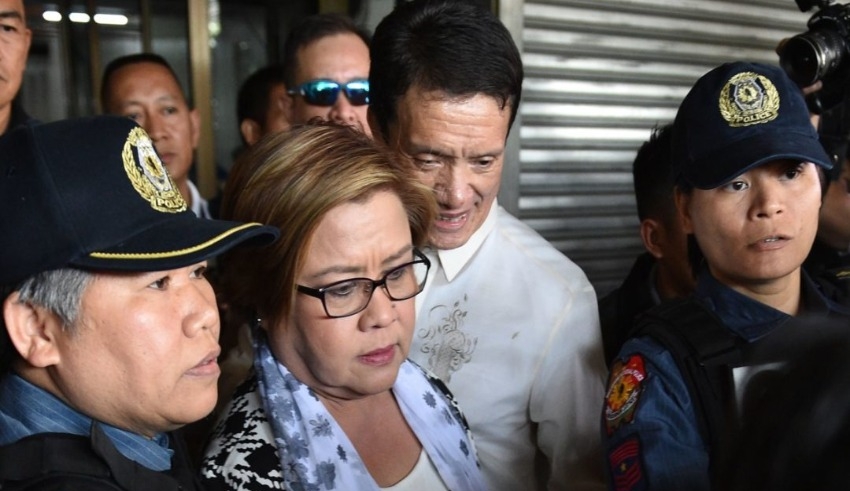 Arnel Cabintoy, Feliciano Sulayao Jr., and Idang Susukan, a leader of the Abu Sayyaf, have been identified as the three individuals who broke in the PNP quarter
(c) ASEAN Parliament of Human Rights

Former Senator Leila de Lima was taken hostage early on Sunday morning by three detainees as they were being kept in the custodial facility of the Philippine National Police.

According to Rodolfo Azurin Jr., chief of the Philippine National Police, the incident took place about 6:30 in the morning.

According to Azurin, a police officer who was delivering meals to the detainees was attacked with a knife and severely injured.

According to the official with the police department, De Lima, who is currently being held in connection with narcotics allegations, was temporarily held hostage. She suffered no harm.

According to Azurin, the three prisoners made an effort to escape but were unsuccessful and ended up being shot to death.

Arnel Cabintoy, Feliciano Sulayao Jr., and Idang Susukan, a leader of the Abu Sayyaf, have been identified as the three individuals.

One person was killed in a shopping mall shooting in Sweden

According to the reports, Corporal Roger Agustin was delivering meals at the maximum security compound when he was attacked by three convicts, who then took him hostage and stabbed him. Another law enforcement official witnessed what transpired and gave a reprimand. Agustin was repeatedly stabbed by the three suspects, and the officer had no choice but to open fire on them.

When Sulayao reached de Lima’s cell, she took her prisoner and refused to let go.

Additional cops arrived on the scene and attempted to bargain with Sulayao, but he was uncooperative.

After recognizing a window of opportunity, the tactical reaction team shot him.

According to the head of the PNP Public Information Office, Brigadier General Roderick Alba, Azurin has given the order for a comprehensive investigation of the event.

“Senator de Lima is presently in a safe location, and the police officer who was stabbed was taken to the hospital as quickly as possible,” Alba said.

“The tension that had been building up inside the detention facility has been defused, and things have returned to normal,” he continued, “but an investigation is still underway to assess the procedures that are in place inside the PNP correctional center.”