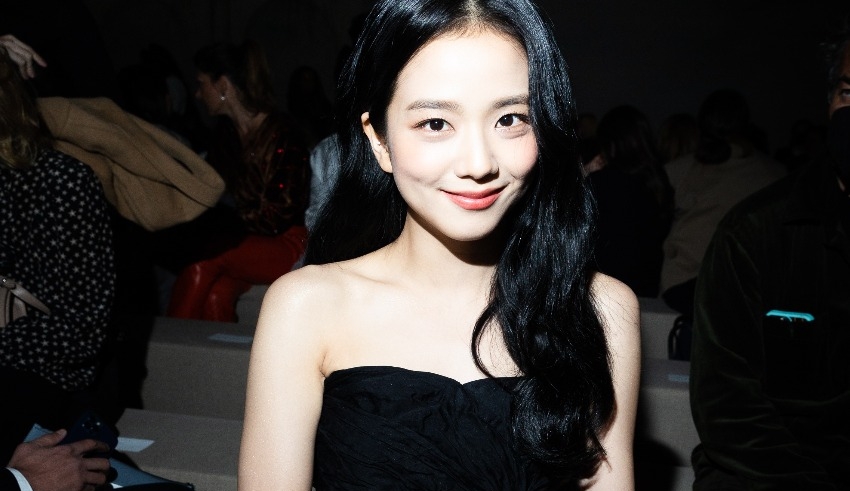 "I feel like today is going to be an interesting journey, so I'm really looking forward to it," she says as she gets dressed in a black mini dress from Cruise.
(c) WWD

Jisoo of BLACKPINK, along with her bandmate Jennie, was one of the most anticipated guests at Paris Fashion Week as the K-pop singer travelled to the City of Light for Dior’s Spring/Summer 2023 presentation. Jisoo was joined by Jennie.

The South Korean musician took her followers on a behind-the-scenes journey in a video that was uploaded to YouTube as she prepared to attend the most recent event at the mansion.

Fishnet tights gave the celebrity an air of sophistication that was carried over to the rest of her ensemble, which was finished off with a pair of black pumps.

Jisoo achieved a look that was natural and sophisticated by using the Dior Skin Glow Foundation in the shade “1N,” coupled with the eyeshadow palette from 5 Couleurs Couture in the shade “349.” The actress completed her look by applying Rouge Dior in the shade “720 Icône” to her lips for an added dash of color.

This is K-pop’s new music direction

Since then, Jisoo has been promoted to the position of worldwide ambassador for both the jewelry products of Cartier and the beauty and fashion products of Dior. Cartier and Dior, two of the most prestigious luxury brands in the world that are competitors with one another, are respectively owned by the luxury conglomerates LVMH and Richemont.

According to the intentions of LVMH’s president Bernard Arnault, the fashion house Dior has a reputation for offering lucrative contract terms to the company’s global ambassadors. Jisoo was often seen in photographs alongside his son Antoine Arnault in the past.