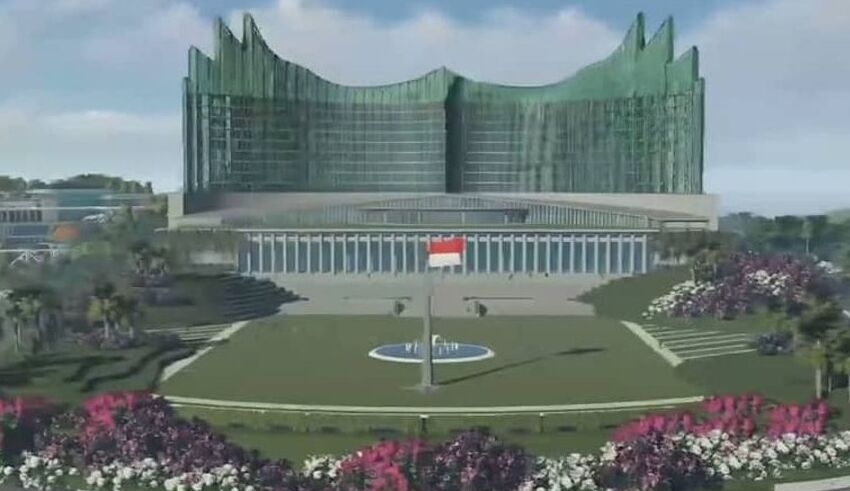 The migration may be motivated by its location in the core of the Indonesian archipelago and its lack of natural calamities like earthquakes, volcanic eruptions
(c) VOI

As a nation, Indonesia is inclined to relocate its capital. The trip from Batavia (Jakarta), Bandung, and Yogyakarta to Bukittinggi, back to Jakarta, and finally to Nusantara, the planned new capital of the country, has been quite exciting during the previous three centuries.

President Joko Widodo announced the proposal to relocate the seat of Indonesia’s government in 2019, and the Indonesian parliament passed a law this year authorizing the move.

The decision to relocate the capital to Nusantara was made because Jakarta is overpopulated and prone to frequent flooding. The word “Nusantara,” which means archipelago in Bahasa Indonesia, indicates the nation’s expanding strategic and economic power projection goals.

East Kalimantan is an interesting choice. It has been suggested that the migration is motivated by geographical considerations, such as its location in the heart of the Indonesian archipelago and its status as a place devoid of the frequent natural disasters that strike Indonesia, such as earthquakes, volcanic eruptions, and tsunamis.

Strategically, the relocation of Indonesia’s capital to East Kalimantan will bring it closer to its most important regions, particularly the Celebes Sea, Arafura Sea, and Pacific Ocean.

Indonesia seeks to establish itself as a dynamic Indo-Pacific force by utilizing its formidable center location. Indonesia’s willingness to play this role is evidenced by its vision for a Global Maritime Fulcrum and its role in creating the ASEAN Outlook on the Indo-Pacific. Indonesia’s aspiration to be a maritime player is readily apparent in light of the developments it is implementing on and around Natuna Island.

Located along the Straits of Makassar, which is being positioned as an alternate shipping route to the extremely congested Straits of Malacca, the geopolitical and connectivity significance of this initiative cannot be emphasized.

As Planning Minister Suharso Monoarfa said when he introduced the bill, “The new capital has a central function and is a symbol of the nation’s identity as well as a new economic gravity center.”

Certainly, the deployment of public servants and military personnel to Nusantara will have enormous spillover effects, resulting in the formation of a number of economic and administrative peripheries. This will encourage the formation of new companies to fulfill the anticipated increase in demand for goods and services.

The relocation of Indonesia will probably necessitate protective measures for its new capital. This may also have repercussions for other nations in the region. It is no secret that the adjacent Celebes and Sulu Seas pose security problems. This region has traditionally been a hub for piracy, smuggling, and ransom kidnapping. In 2017, Indonesia, Malaysia, and the Philippines adopted the Trilateral Cooperation Agreement for this reason.

Certainly, the greater security that this entails will also aid Malaysia and the Philippines’ efforts to handle their overlapping domestic security challenges (for instance, smuggling, illegal immigration and the Abu Sayyaf group).

These advancements in the security domain can have the effect of establishing a safe zone, which can indirectly promote economic integration and expansion. This may provide the Brunei-Indonesia-Malaysia-Philippines East ASEAN Growth Area a new boost. This effort was created in 1994, but its tiny market, lack of physical connectivity, and security concerns have proved to be obstacles.