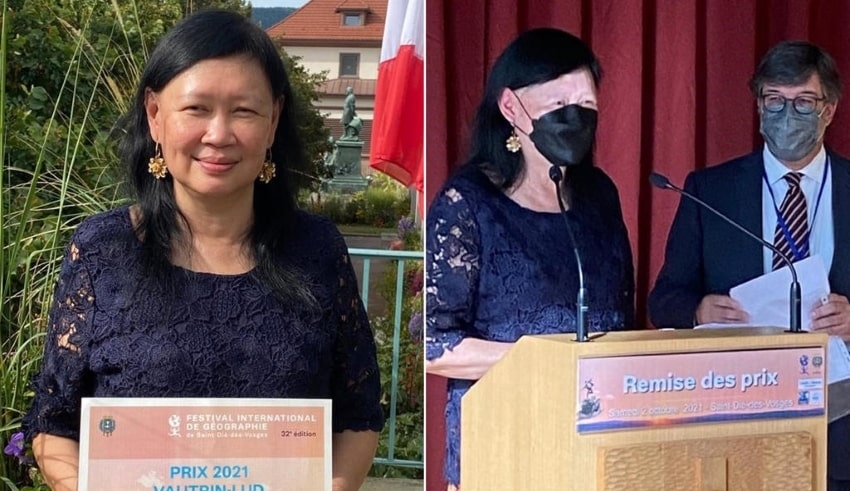 First Singaporean to win the renowned Vautrin Lud Prize in Geography, Professor Brenda Yeoh of the National University of Singapore (NUS) has won the top prize in geography for her exceptional accomplishments.
(C) .todayonline.

Singapore – First Singaporean to win the renowned Vautrin Lud Prize in Geography, Professor Brenda Yeoh of the National University of Singapore (NUS) has won the top prize in geography for her exceptional accomplishments.

It’s been given every year for the last 30 years and is known as the “Nobel Prize” of geography.

A five-person international jury in Saint-Die-des-Vosges, France, chooses the winner of the International Geography Festival.

Prof Yeoh, whose research focuses on transnational migration, received the award at the festival’s 32nd edition, which took place from October 1 to 3. She came in person to the event. She was an active participant.

My study has gotten a nod from colleagues for whom I have the greatest regard and admiration, and I am humbled by this honor.

The Raffles Professor of Social Sciences, Prof Yeoh also expressed gratitude to NUS for providing her with support, encouragement, and the chance to engage on pressing problems linked to transnational migration that impact the society.

Earlier this week, NUS claimed Prof Yeoh studied geography at Cambridge before earning a PhD in the subject at Oxford. NUS released the statement on Tuesday.

She joined the Department of Geography at NUS in 1987 and has been working there ever since, both as a professor and a researcher.

There are several areas of migration study where she is a specialist, including cosmopolitanism and the movement of highly qualified workers.

Additionally, Professor Yeoh has authored or co-authored 35 books and over 230 scientific papers as the director of the Asia Migration Cluster at NUS’ Asia Research Institute.

There are a number of important migration publications on which she serves as editor, including the International Migration Review and International Migration. The renowned British Institution, the country’s national academy for humanities and social sciences, has elected Prof Yeoh as a Fellow in recognition of his achievements in the area.