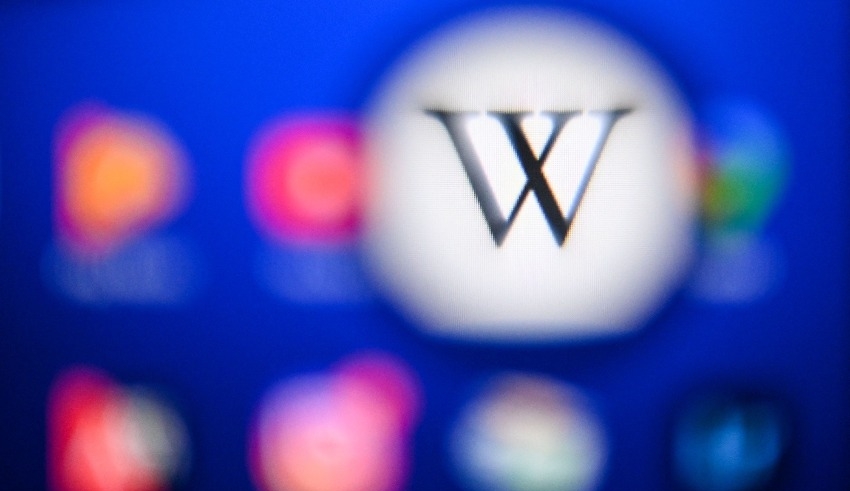 Wikipedia is the latest target of the ongoing debate around the correct interpretation of the term "recession" which led them to halt majority edits on the topic.
(c) Bloomberg

Wikipedia is the latest target of the ongoing debate around the correct interpretation of the term “recession.” Wikipedia has halted the majority of edits to the entry for “recession” as well as the entry for “business cycle” after partisans engaged in a heated editing duel on the pages that were relevant.

Depending on one’s political leanings, one can see the move as a last-ditch effort to maintain the neutrality of the site, or as a capitulation to ideological interests. Regardless of which side you support, you should consider yourself fortunate that a conflict is even taking place and have faith that it will be resolved quickly.

The good news is that we have traveled this path before, so we know what to expect.

There is nothing novel about the practice of locking Wikipedia articles to prevent biased modifications. After what the website describes as multiple instances of vandalism, Joe Biden’s entry has been partially locked down. The same may be said for Hillary Clinton’s. So is that of Donald Trump, whose opponents repeatedly deleted his page in its entirety.

And no one will be shocked to find that the section of the website labeled Attack on the United States Capitol in 2021 is likewise partially restricted access. Even what the name of the page ought to be is the subject of heated debate at the moment.

The senior editors of Wikipedia have intervened when disputes have broken out about topics other than electoral politics. In 2017, after “a 60-hour editing war” erupted as a result of a disagreement on the gender of the cartoon character Garfield (the cat, not the president), the page was closed down.

During the time that Dave Gettelman was the general manager of the New York Giants, disgruntled supporters vandalized his page, which resulted in the suspension of edits to his page. One of these fans changed Gettelman’s job description to say that his job was “ruining” the franchise.

And let’s not forget the infamous incident that caused Wikipedia to freeze the entry on the Whopper sandwich that is sold by Burger King after someone changed the list of ingredients to read… Well, let’s not get into that here.

OPINION: Is there really a safe space to talk about our political stance?

But if heated arguments and the momentary stopping of editing are such typical occurrences, why do we not remember them?

Because they always find a comfortable position.

This is something that we are aware of due to the fact that social scientists have spent years researching how the website’s content is changed because they were fascinated by Wikipedia’s conviction that it is possible to successfully crowd-source even the most complex or sophisticated information.

For instance, scholars have known for a long time that the number of additions made to Wikipedia has a tendency to significantly increase in response to intensive politicization of a current subject, as well as in response to other significant societal disruptions, such as the spread of illness. However, the initial flurry of changes made to Wikipedia articles that occurs after an event that captures the attention of the general public will, in due course, settle back down to more typical editing patterns.

On the other hand, despite the fact that editing bots on Wikipedia engage in a continuous conflict that is frequently damaging, it appears as though their influence is decreasing.

A study that was completed in April 2022 and published in April 2022 reviewed all of the references that were added to Wikipedia articles from June 2019 up until April 2022. The study discovered not only a significant increase in the number of sources that were identified by identifiers such as ISBN or DOI, but also that the vast majority of additions were made by real people who were registered users (that is, not anonymous). In other words, regardless of the battles that are now taking place, the actual facts that are being sourced appear to be improving.

Yes, the Resistance is still active in other places, including editing on Wikipedia. And as the recent debate on the meaning of the term “recession” serves to remind us, whatever one chooses to name the opposite sentiment, it is still very much alive. The editors all do their work pro bono. Some are specialists, some are amateurs; some are calm, some aren’t. It should come as no surprise that significant conflicts occasionally break out, and that they occasionally descend into being petty and violent.

However, one should not let this unavoidable reality dampen their spirits. When information is gathered from a large number of people, having a variety of perspectives that are strongly opposed to one another is desirable.

According to the findings of a study published in the journal Nature Human Behavior in 2019, the finest entries on Wikipedia are frequently produced when the editors are ideologically divided, even when the articles in issue are not about politics but rather science. The authors found that “ideologically polarized teams engage in longer, more constructive, competitive, and substantively focused but linguistically diverse debates than teams of ideological moderates.” This was discovered after they examined the “talk” pages on Wikipedia, which are the pages where users argue about the content of articles.

Constructive, substantive, focused debate. Where else on the internet can we find that? It’s possible that behind all of these numbers is something called the “median editor theory,” which states that over time, articles will shift away from the extremes and toward a consensus.

It is regrettable that the debate on the characteristics of a recession has become so contentious that the editing process had to be put on hold. But if we look to the past as a guide, we can expect that more reasonable people will quickly triumph, that the Wikipedia entry will eventually settle around a stance that is pretty neutral, and that those who are seeking for a battle will move on to the next newsworthy topic.