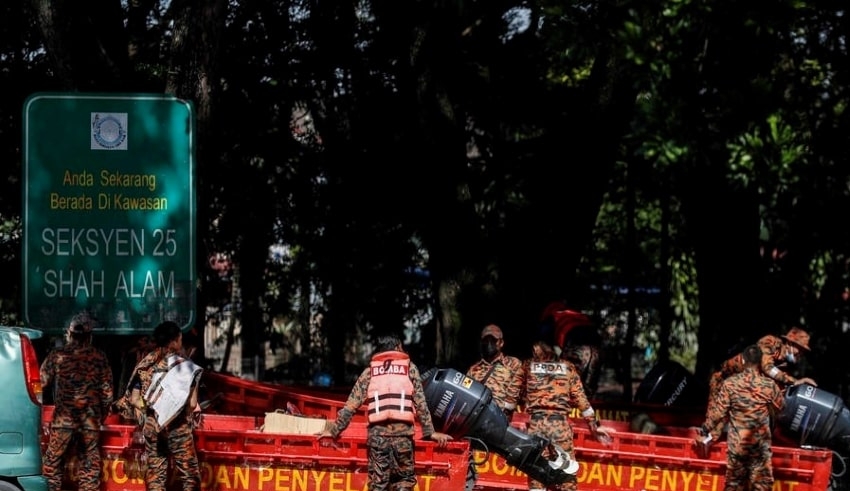 Malaysia – This morning, 45,324 flood refugees from 13,065 households are still looking for shelter at rescue centers throughout seven states.

All evacuees are being housed in 290 relief centers in Pahang, Selangor, Kelantan, Melaka, Perak, Negri Sembilan, and Kuala Lumpur, according to the JKM Info Bencana webpage.

As of 9 a.m. today, 25,318 individuals were residing at 179 relief centers throughout Pahang, excluding Rompin and Cameron Highlands.

The water levels in Sungai Pahang in Lubuk Paku, Sungai Kundang (Maran), and Sungai Bera (Bera) were all above the danger limit, according to the publicinfobanjir.water.gov.my website, however all are on the decline.

The alert level for Sungai Pahang in Paloh Hinai, Pekan has been raised.

Rain is forecast in some spots in Kuantan and Pekan this morning, according to the Meteorological Department, while the weather in other districts is likely to be pleasant.

The Potential of Halal Industry is Evident

The number of flood victims in Selangor increased to 18,484 this morning from 17,656 yesterday night, and they are all being treated in one of the state’s 99 relief centers.

According to Selangor police, nine highways in the state have been flooded and are restricted to traffic as of 4 a.m. today.

As of Wednesday morning, 862 victims in Kelantan were still being accommodated in five relief centers in the Pasir Mas area.

Meanwhile, according to the Department of Irrigation and Drainage (DID) data banjir site, none of Kelantan’s rivers are in danger, with the exception of Sungai Golok in Rantau Panjang, Pasir Mas, which is at the alert level with a reading of 8.01 metres.

As stated by the state Civil Defence Force (APM) director Lt Col (PA) Mohd Syukri Madnor, the number of flood victims in Negri Sembilan stands at 292 from 84 households as of this morning, and they are being lodged at four relief centers in Jelebu.

As of 8 a.m. today, the number of evacuees in Melaka has dropped to 35 from 12 families.

All of the casualties are being cared for at two relief centers in Alor Gajah and Jasin, according to state APM director Lt Col (PA) Cuthbert John Martin Quadra.

Since last week, 99 refugees from 25 families have been seeking shelter at two relief centers in the Hilir Perak region.