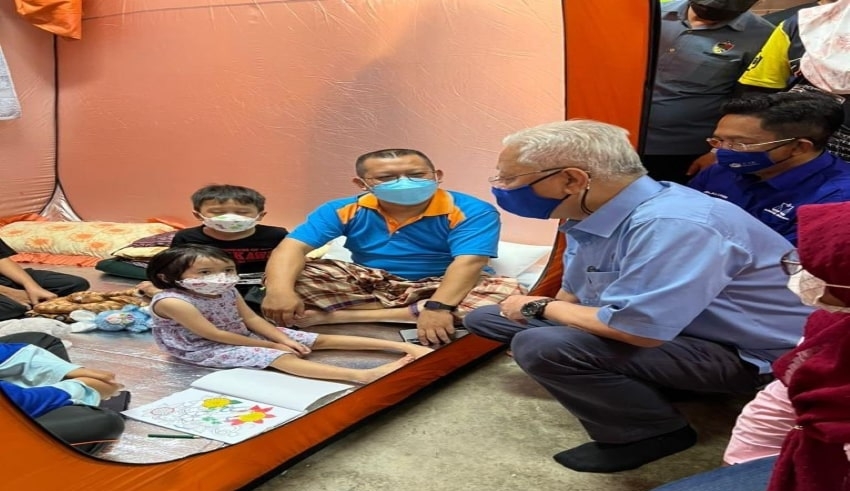 The prime minister remarked that the BWI (compassionate assistance) payments in Negri Sembilan have reached 82.7 percent, Pahang (65.5 percent), and Selangor (65.5 percent) (47.6 per cent).

According to a statement released recently, the authorities plan to complete disbursing BWI to all families impacted by the first wave of floods by Wednesday, January 5. The second round of floods has already struck certain states.

He stated that as of January 2, BWI had been provided to 28,258 or 61.2 percent of the 46,162 affected household heads, while Funeral Management BWI had been distributed to 38 relatives of 51 persons who died in the floods.

“Beginning December 27, 2021, the Implementation Coordination Unit (ICU) has set up a Command Centre to undertake daily real-time monitoring to guarantee a speedier and more successful BWI distribution process,” he said.

Mentris besar, chief ministers, the Chief Secretary to the Government, ministry secretaries-general, state secretaries, the Chief of Defence Force, the Inspector-General of Police, and directors-general of relevant agencies were among those who attended the meeting.

Ismail Sabri also stated that the Housing and Local Government Ministry reported that as of yesterday, cleaning-up works in Kuala Lumpur and Melaka had reached 100%, followed by Negri Sembilan (95%), Selangor (82%), and Pahang (77%), with an estimated 53,800 tonnes of flood waste managed by 2,730 units of machinery.

He said RM50 million had been provided to 32 local authorities (PBT) for public infrastructure and facility repairs, as well as socio-economic and safety improvements.

He also added that 32 local agencies or PBT were engaged in the rehabilitation and building of new homes, and they got a total of RM50 million.

He estimated that repair efforts would cost RM967.2 million.

Cleaning procedures had been finished at 802 sites, he noted, and permanent repair work will begin this month and be completed in June.