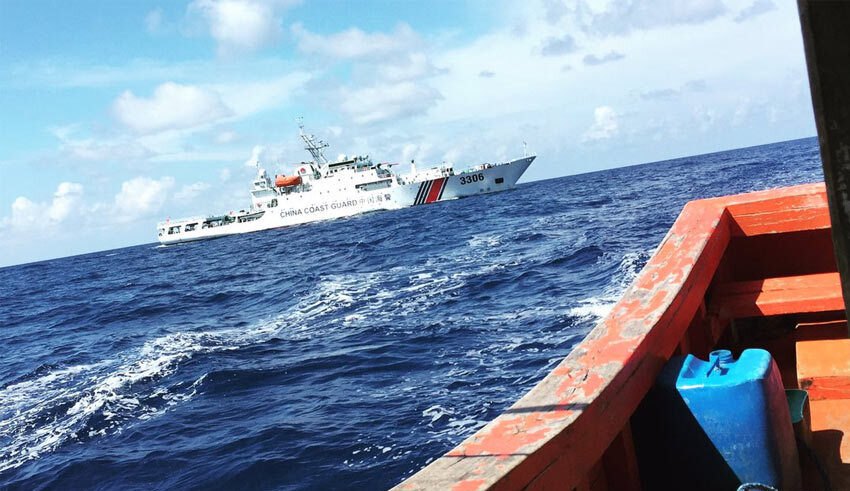 The Philippines addressed a letter verbale to China requesting “clarification” over a recent incident in which Chinese coast guard personnel “forcibly collected” debris from Philippine Navy personnel in the West Philippine Sea.

In an interview with CNN Philippines on Thursday, November 24, Foreign Secretary Enrique Manalo confirmed the move, stating that the Marcos administration wanted to hear about the conflict “from the Chinese side.”

The senior diplomat would not rule out future action, including face-to-face conversations regarding the issue.

“We’ll have to take it step-by-step, but if the response is inadequate or we need further clarity, we’ll continue the conversation through verbal notes or, if required, verbal face-to-face encounters,” Manalo added.

A floating object was sighted approximately 800 yards west of Pag-asa Island, leading Philippine naval authorities to dispatch a team to retrieve and study the thing. After the team secured the object to their boat for towing, a Chinese coast guard vessel reportedly repeatedly obstructed the course of the Philippine vessel.

Later, the Chinese coast guard launched an inflatable boat that severed the Philippine vessel’s tow line and transported the object to the coast guard vessel.

President Ferdinand Marcos Jr. ordered officials to contact the Chinese embassy for a report following the event. Beijing had previously denied the Philippine military’s account of the incident and referred to it as a “friendly exchange.”

Marcos stated, “Of course, I am – I have great faith in our Navy, and if this is what they say happened, I can only accept it.”

Nonetheless, the Philippine leader underlined the need to determine why China’s account of the incident differed from its own. “In the Philippine Navy report, the word ‘forcibly’ was used. And this was not the portrayal in either the Chinese Navy investigation or the Chinese report,” added Marcos.

The Department of Foreign Affairs submitted 189 protests against China in 2022, 61 of which were filed under the Marcos administration.

China’s claims in the West Philippine Sea were ruled invalid in 2016 by a landmark and comprehensive arbitral ruling won by the Philippines. China has rejected and continues to disregard the verdict, despite calls from the international community for Beijing to comply.