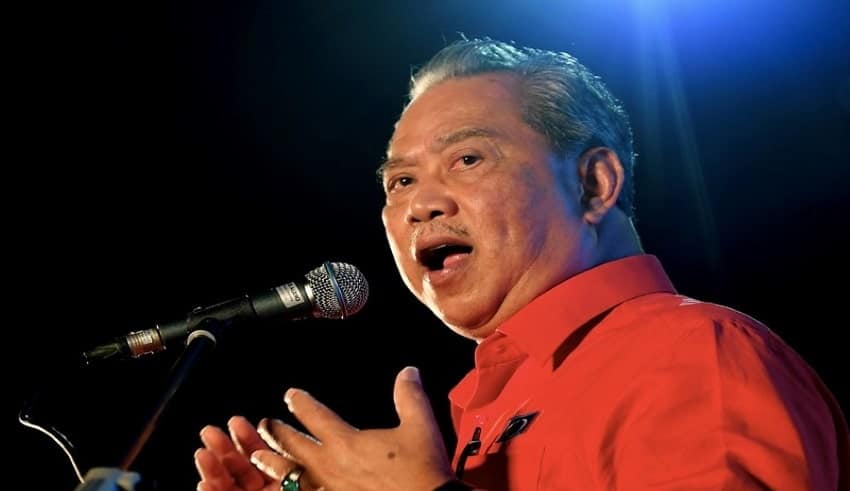 Prime Minister Muhyiddin Yassin received a high approval rating as nearly seven out of ten Malaysians has given him a thumbs up on the government's handling of Covid-19 pandemic.
(C) Flickr, Johari Ibrahim

PETALING JAYA –  Prime Minister Muhyiddin Yassin received a high approval rating as nearly seven out of ten Malaysians has given him a thumbs up on the government’s handling  of Covid-19 pandemic.

However, his popularity slightly slipped to belo 70% for the first time since he was appointed as the Prime Minister.

According to Top pollster Merdeka Centre, the survey recorded that out of the 3,415 respondents interviewed from July 15 to August 10, 69% approved of his leadership.

PM Muhyiddin also surprisingly scored higher with bumiputera with 90% of them supporting him, contrary to other communities.

One-third of the Chinese community approved of Muhyiddin. A farcry from the approval he’s getting from the bumputera parties namely Umno, Parti Islam SeMalaysia (PAS) and the Premier’s Parti Pribumi Bersatu Malaysia.

According to Merdeka Centre chief Ibrahim Suffian, the increase of Malay voter support took place on the government’s positive response and management of the Covid-19 pandemic. The government’s ability to dispense financial aid to the needy as well as the satisfaction of seeing Malay political parties coming together in a pact.

Merdeka Centre, however, indicated that PM Muhyiddin’s popularity slipoed below 70% from the previous score of 74%. The polling was not conducted during the first two months due to the movement restriction to lessen the spread of the virus. This leads to ruling party leaders to push for snap polls and take advantage on positive sentiment over the handling of Covid-19.