The Asian Affairs > Latest News > ASEAN News > Political prisoners in Myanmar not included in the 1,600 released as part of a new year amnesty 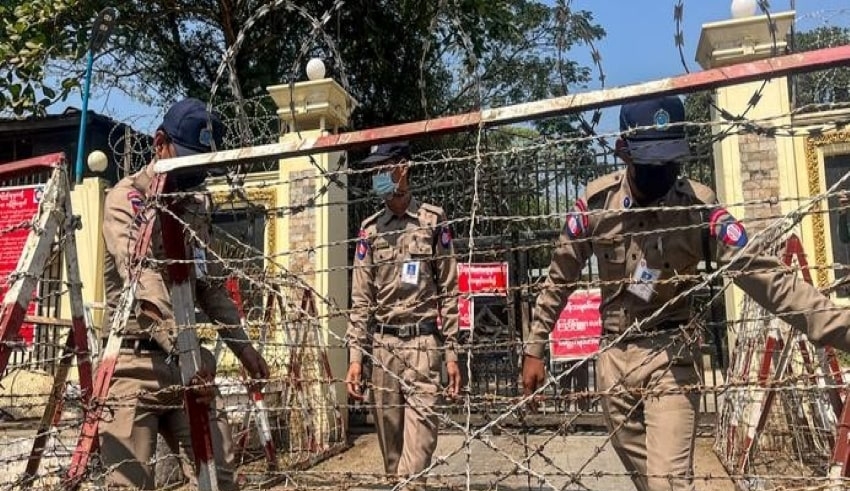 Families of arrested Myanmar protestors were disappointed to learn that political detainees were not among the 1,600 persons freed by the military junta to celebrate the Buddhist new year.
(C) dw

ASEAN – Families of arrested Myanmar protestors were disappointed to learn that political detainees were not among the 1,600 persons freed by the military junta to celebrate the Buddhist new year.

The Southeast Asian country has been in upheaval since Aung San Suu Kyi’s democratic administration was deposed by a military coup last year, sparking massive demonstrations and a bloody crackdown.

To celebrate the new year, state media reported that 1,619 convicts, including 42 foreigners, had been “pardoned” and would be released – an annual event that saw 23,000 prisoners released last year.

“Political cases and protestors were not among those freed,” a prisoner released from Yangon’s Insein jail told AFP, adding that officials only released criminals.

On Sunday afternoon, the crowds in front of the jail gradually dispersed. According to journalists, more than 100 individuals gathered in the hopes of being reunited with loved ones.

A lady was among them, waiting for her 19-year-old nephew, who had been sentenced to three years in prison for inciting military retaliation.

“He was young, and he could have had some fighting impulses,” she claimed, declining to reveal her identity.

“I hope that all young children, including my nephew, be released. They were all innocent.”

Aye Myint had hoped that her 19-year-old daughter, who was serving a three-year sentence on a political charge, would be freed.

“She’s been in prison for more than a year now,” Aye Myint remarked.

A jail officer acknowledged that “around 160 detainees, including six women prisoners” had been freed from Insein’s prison, but provided no other details.

There was no mention of Sean Turnell, an Australian economist who was a former advisor to Aung San Suu Kyi and was detained immediately after the coup.

He is presently facing charges of violating the official secrets act, which carries a maximum term of 14 years in prison.