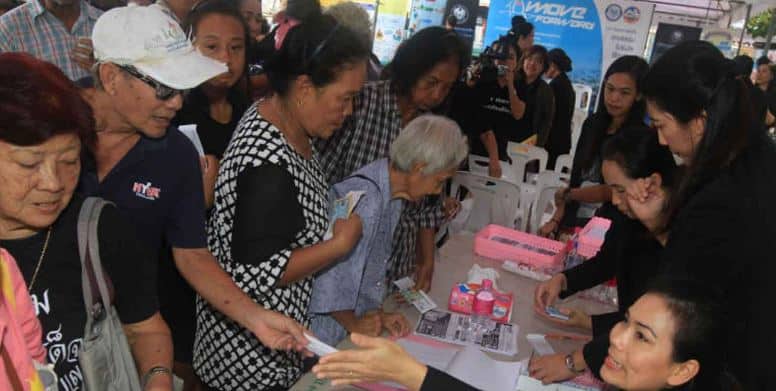 The percentage of Thais living in poverty has fallen dramatically over the past three decades, from over 65% in 1988 to under 10% in 2018. However, that trend has reversed in recent years with stalled household incomes and consumption bringing a rise in poverty, according to a new World Bank report. Between 2015 and 2018, the poverty rate in Thailand increased from 7.2% to 9.8% while the number of Thais living in poverty rose from 4.85 million to more than 6.7 million, said the report, which analyses recent poverty and inequality trends.

The rise in poverty in 2018 was widespread, occurring in every region and 61 out of the 77 provinces. The Central and Northeast each saw the number of poor increase by over half a million over the same period. The conflict-affected South recorded the country’s highest poverty rate for the first time in 2017. The report found the spike in poverty coincides with emerging and shifting economic and environmental challenges. Over the past few years, Thailand’s growth rate has dropped lower than other large developing Asia-Pacific economies. During the fourth quarter in 2019, Thailand had among the lowest GDP growth rates in the region, at 2.7%. Meanwhile, severe drought has also impacted the livelihoods of farmers, already among the country’s poorest.

Since poverty data were first published in 1988, Thailand’s poverty rate has increased in five cases, most recently in 2016 and 2018 and previously around the time of financial crises in 1998, 2000 and 2008. Thailand is the only Asean country to experience several increases in poverty since 2000. While Thailand performs better than its Asean peers on many international indicators of well-being — such as primary school enrolment, access to water, sanitation, and electricity, and has a low international extreme poverty rate based on US$1.90/day (60 baht) at 0.03% — inequality remains an issue. The poorest 40% of the country suffered falling income and consumption during 2015-2017, according to the report. The trend among this group is related to falling labour income, with wage growth stagnating and revenues from farming and business dropping.

The report calls for intervention and investment to help transform Thailand. In the short-term, the country will need to reinforce its safety nets. Vulnerable populations need to be better identified and swift action taken to create better jobs in a changing economy. In the long term, investing in the next generation is key. The next generation will shrink due to demographic changes. Every child will need to be given a fair shot and provided the health and education opportunities to reach their potential. This will help households escape the poverty trap, support an ageing populace, and boost Thailand’s growth prospects.