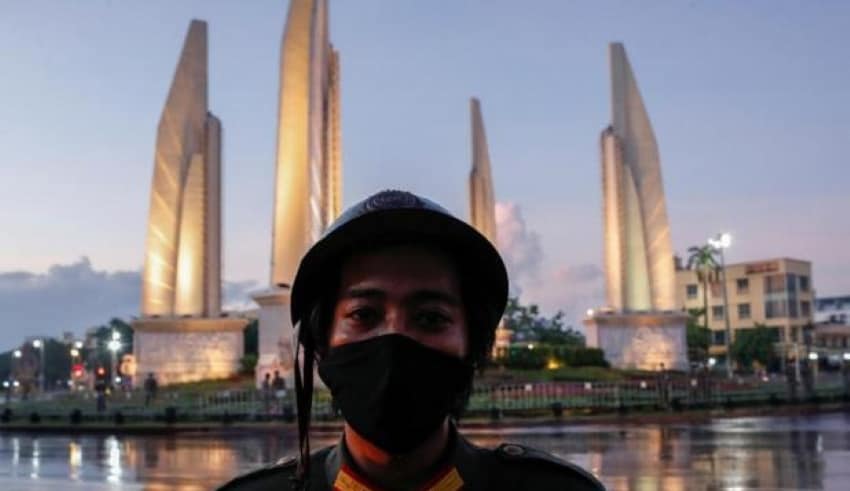 Student demonstrators who marched around the capital would keep from discussing the monarchy.
(C) Bangkok Post

Student demonstrators who marched around the capital would keep from discussing the monarchy, or risk a national reaction, cautioned Jatuporn Prompan, United Front for Democracy Against Dictatorship (UDD) president.

Talking to the National Reconciliation Committee in the House on Thursday, Mr Jatuporn said the students would not pull the monarchy into their activism. If they did, it would hinder the campaign, because many people would not support it. Telling that they will be defeated, he stated, whether the students stay clear of the issue of the empire and adhere to their three demands — charter reforms, abolition of the house and a halt to abuses of the rights of the people.

When they hurt the high organization, the students are likely to lose help from others. He clarified that he does not plan to spread terror among student demonstrators, but stressed that if they are considered disrespectful to the government, he is worried about the repercussions of their acts.

He also shared that their three requests should be discussed by legislative means, but noticed their request for the House to be disbanded and the changes to the charter were inconsistent.

According to Mr Jatuporn, dissolving the House would entail either legislative reforms or a general election that will be controlled by existing laws. Elsewhere, co-founder of the Progressive Movement, Piyabutr Saengkanokkul, took to Facebook on Thursday to question if the government were actually able to listen to the concerns of young people. Problems have accrued over the years that everybody had a role in making, Mr Piyabutr stated adding that these problems are now being passed on to young people.