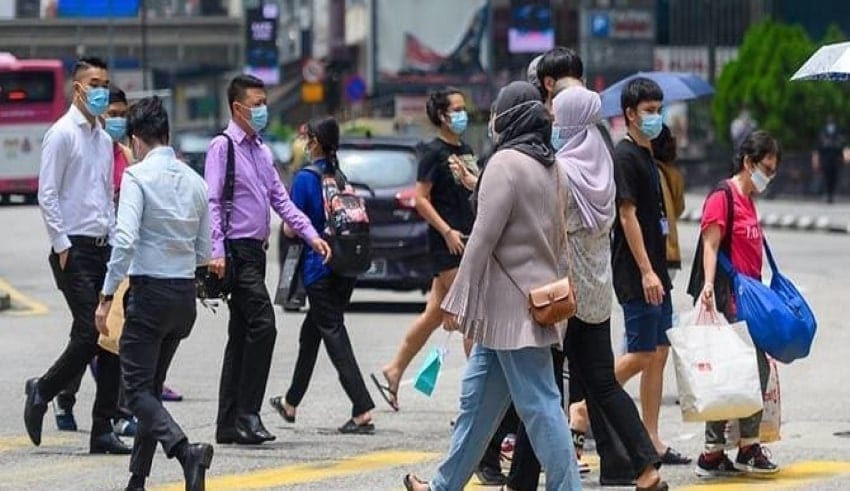 Public activity restrictions under the Recovery Movement Control Order (RMCO) will be extended until March 31 of this year.
(C) Flickr, CNA

Yesterday, the RMCO was expected to end.

This was because of the high number of active cases, especially among foreign workers, Ismail said.

He said that after a rash of cases there, more hostels for foreign workers in Johor will go under the enhanced movement control order (EMCO).

The first will be the Westlite Staff Dormitory 1 and 2 in Senai, Johor, from tomorrow until January 15.

Two hostel blocks will be included in the lockdown, consisting of 444 residents, mostly international employees.

The second will be the Kejora Juara staff dormitory in Bukit Pasir, Muar, with 212 Covid-19-positive cases reported there.

1,828 foreign employees will be affected by the EMCO.

The EMCO at Apartment Ria, Bentong, meanwhile, will end today.

He said 337 compound fines were released, while the remaining 10 were remanded.

Among the crimes were engaging in entertainment center events, failure to wear face masks and failure to have contact tracing or registration materials.

In order to perform controls on supermarkets, restaurants, hawker stalls, factories and banks, a total of 2,397 enforcement task force teams were deployed,

He added that 95,466 individuals from different countries arrived via KLIA from July 24 to December 31.

A total of 540 individuals have been sent to hospital for treatment, while 87,486 have been allowed to return home and 7,440 are currently in compulsory quarantine. Tourism activities on the other hand will continue to be allowed under strict standard operating procedures (SOPs), as the recovery movement control order (MCO) is extended to March 31, said Defense Minister Ismail Sabri Yaakob.