The Asian Affairs > Latest News > Geo Politics > Singapore has “zero margin for error” in terms of leadership, according to Prime Minister Lee 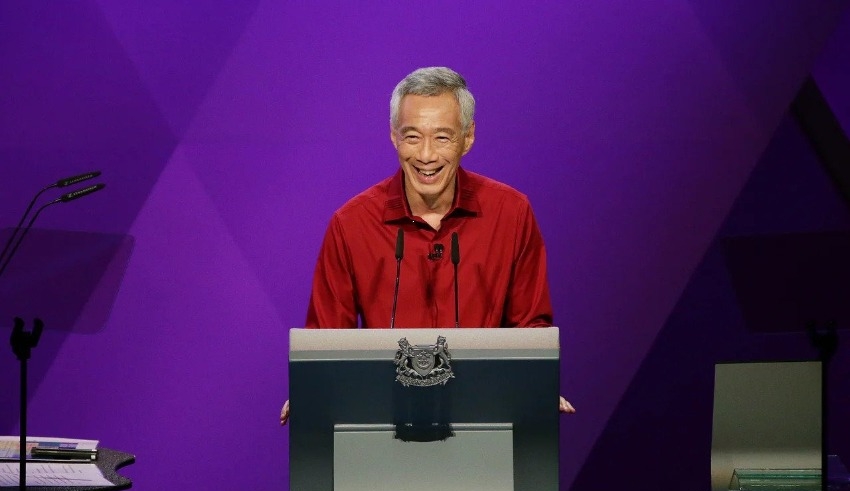 Prime Minister Lee Hsien Loong stated that Singapore has "zero margin" for error when it comes to its leadership since the country's level of achievement.
(c) The Straits Times

At the National Day Rally on Sunday, Prime Minister Lee Hsien Loong stated that Singapore has “zero margin” for error when it comes to its leadership since the country’s continued existence and level of achievement is contingent on having the proper leaders (Aug 21).

“Whenever there is a problem, the leaders are either removed by force or they all resign together. But things do not improve even after switching teams,” he added, adding that in such instances, programs and laws either do not make it through political deadlock at all or they are reversed by the subsequent government.

“In many cases, it is not only the leaders that let everyone down; rather, the entire system has been unsuccessful. The end consequence is a shattering loss of faith, and not just in specific politicians or parties but in the entirety of the political system and the political class as a whole. There is no way to move forward from that position.”

“A tiny country like Singapore has no room for making mistakes. According to what he had to say, not only does the continued development of Singapore depend on having the proper leaders, but our very survival does as well.”

He went on to say that the leaders of the country needed to have integrity, dedication, competence, and the conviction to make difficult decisions and act in a way that was morally sound even if it lost them some votes.

The Prime Minister made this statement: “Thank goodness, for the past 57 years and spanning three generations, we have had leaders who have earned and maintained the trust and confidence of Singaporeans, who have worked closely with the people to deliver on sound policies, and who have improved all of our lives.”

“Never take for granted either this trust or this expertise,” the speaker said.

In addition to having the right leaders, Mr. Lee believes that having a united people and a high level of trust between the people and their leaders is also essential to a country’s ability to respond creatively and resiliently, year after year, to challenges both internal and external to the country.

The words of Mr. Lee can be paraphrased as follows: “We may have the finest laid strategies, but without these three fundamentals, they will come to naught.”

After being selected as the leader of the 4G team, Deputy Prime Minister Lawrence Wong is now in line to become the next Prime Minister, according to Mr. Lee, who stated that the process of leadership succession is now back on track.

“I am very delighted that the situation has been resolved and that my succession preparations are moving forward again,” he said. “I have a lot to be thankful for. I am also delighted that, from everything that I can tell, Singaporeans are on Lawrence’s side and are supportive of his leadership of the team. Therefore, I am requesting that you give Lawrence and his 4G team – which is also your team – your complete support.”

According to him, the deteriorating state of relations between the United States and China, as well as the deep disagreements that exist between the two nations on a variety of topics, are what really set the tone for international affairs.

They also have disagreements on trade, cyber espionage, and territorial issues, in addition to having opposing ideologies and methods of governing. In addition, tensions regarding Taiwan have recently reached an all-time high after US Speaker of the House Nancy Pelosi and several other US lawmakers traveled to Taiwan.

According to Mr. Lee, “but the United States and China need to work together on many urgent global concerns,” some of which include climate change, pandemics, and the proliferation of nuclear weapons. “Given the strained nature of their relationship, accomplishing this goal will be extremely difficult. This is terrible news for everyone all throughout the planet.”

According to him, the Russian invasion of Ukraine also has significant repercussions for the rest of the world as well as for Singapore.

“We cannot legitimize Russia’s unlawful conduct,” Mr. Lee was quoted as saying. Russia asserts that what it calls a “special military operation” in Ukraine is justified by “historical blunders and irrational decisions,” but these justifications are not supported by evidence.

“What if one day others use this same argument against us?” is a rhetorical question that asks, “If we accept this logic, what happens?”

Mr. Lee warned that the war has harmed the security in the Asia-Pacific area, and he advised the people of Singapore to “psychologically prepare” themselves for the possibility that things could go wrong in the region.

According to him, in order to protect themselves from threats from the outside world, the nation must “stand firm” on the fundamental principles of international law, take the nation’s defense seriously, and continue to be unified as a single people.

“If we are captured and our forces are split up, we will have little hope of survival.” But if we work together, we can overcome any challenges that stand in our way.