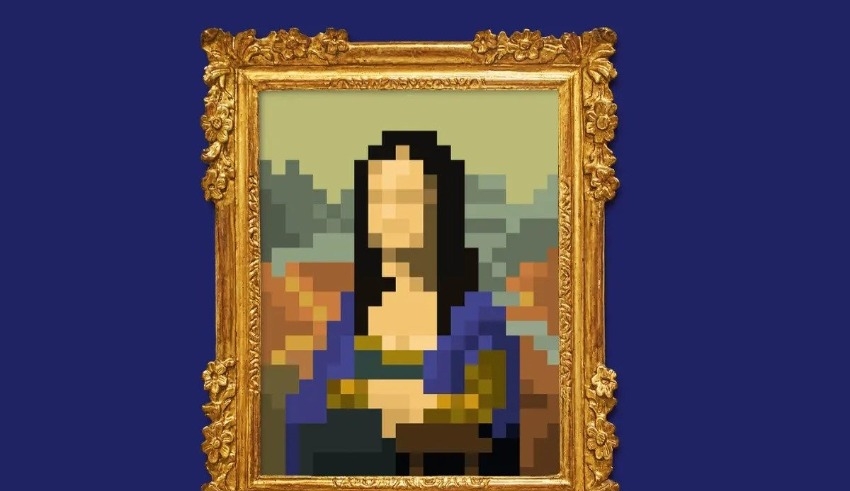 Buying art is easier; investors can buy a digital portion of a painting for a modest charge and share in the profits when she sells it, according to Schneider
(c) The Guardian

The majority of individuals can only ever come close to owning a world-famous artwork if they purchase an inexpensive poster from a gallery; yet, art dealers are committed to utilizing technology in order to attract new collectors.

She told AFP that “not everyone has one million U.S. dollars to invest.”

“Consequently, I thought of the concept of splitting, which is to create something similar to a mutual fund but on the blockchain.”

Each buyer receives a non-fungible token, also known as an NFT. These are one-of-a-kind digital tokens that are generated and stored on the blockchain, the underlying computer code for cryptocurrencies.

NFT art has been able to weather the storm better than other areas of the cryptocurrency industry, despite the fact that cryptoassets have been pummeled this year with dropping valuations, collapsed projects, and growing scandals.

According to research firm NonFungible, sales of NFT artworks accounted for approximately $2.8 billion in the United States last year, and the rate of sales has only marginally decreased so far in the first half of this year.

Even if it means owning only a portion of a digital copy of a picture, collectors and artists are among the most eager experimenters with the technology. This is the case even though the technology is still in its infancy.

The website Art+Tech Report polled 300 art collectors, and 5 percent of them said that they had already participated in the practice of so-called fractional ownership.

Workweek cutbacks are on the horizon in Malaysia, according to a report

She is giving herself the opportunity to resell the items in ten years.

Schneider is the owner of the paintings that she sells, which allows her to avoid legal issues; nevertheless, her efforts to create unique digital ownership structures for works that are held by the public are proving more challenging.

Cinello is a company that specializes in selling limited edition digital reproductions, and recently thirteen Italian museums inked contracts with the company to begin offering ownership of digital duplicates of masterworks.

The purchaser is awarded a one-of-a-kind, high-resolution digital copy that can be displayed on a screen as well as a certificate from the museum, which receives fifty percent of the proceeds from the sale.

The organization staged a spectacular exhibition in London in February, during which it displayed digitized versions of paintings created by Renaissance masters such as Raphael, Leonardo, and Caravaggio. Since then, it has managed to sell a few of them.

A duplicate of Michelangelo’s “Doni Tondo” apparently sold for approximately 240,000 euros, but Florence’s Uffizi gallery received less than a third of the earnings from the sale. This reportedly infuriated the Italian culture minister.

A spokesman for the ministry was quoted in many publications the previous month as saying that the subject was “complicated and unregulated.” The spokesman also requested that museums refrain from signing any new contracts involving NFTs.

Francesco Losi, the head of Cinello, was not happy with how the company was being portrayed and stated to AFP, “We do not sell NFTs.”

Buyers have the ability to request an NFT to go along with their image, but the company stated that they had their very own patented mechanism to secure ownership, which they refer to as DAW.

Cinello reported that it had digitized more than 200 pieces and that its sales had resulted in an additional revenue of 296,000 euros for Italian institutions.

However, the challenges that the company is facing in Italy highlight the fact that NFTs bring publicity but also suspicion because of the way in which they operate.

Scams, plagiarized works, thefts, and wash trading are commonplace in the non-fiction trade industry, which encompasses a wide range of activities, from computer game avatars to cartoon apes worth millions of dollars.

Losi stated that he was well aware that NFTs may be utilized “in the wrong way,” but he was uncertain as to what the future held for them in the world of art.

Anaida Schneider emphasized the legal protection afforded to her project in Liechtenstein, a state that was among the first in the world in 2019 to enact a law governing blockchain companies. Liechtenstein is a very small principality.

In addition to that, she stated that her insurance would cover any damage done to the artworks, and that she had also taken into account the chance that the paintings’ value would decrease, although she failed to provide specific specifics about this possibility.

She expressed her desire that it would never come to pass. “Bringing this concept to the public is something that I consider to be of the utmost importance.”