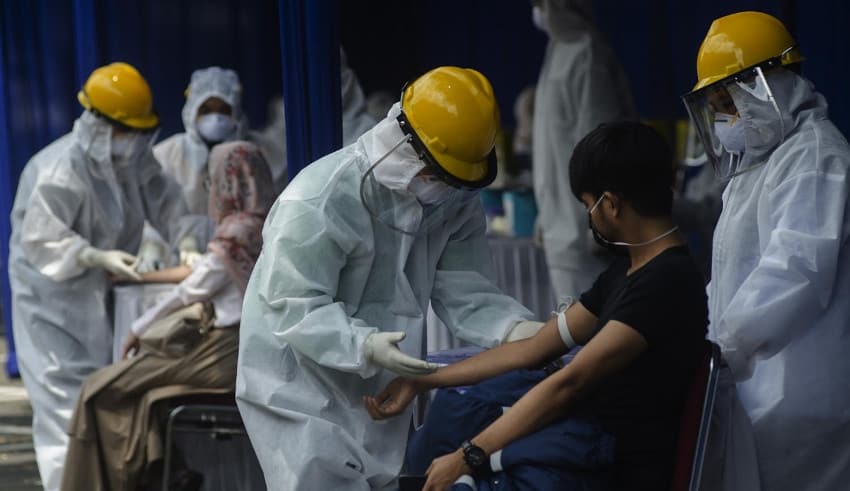 Social assistance will be provided to families that affected by outbreak of the novel coronavirus disease, or COVID-19 in some regions. The Riau provincial government will provide Rp600 thousand in social assistance to each of around 250 thousand families in the province.

“Cash assistance of Rp600 thousand will be given to each family for three months — from April to June, 2020 — to help alleviate their economic burden,” chief of the Riau Provincial Social Service Office, Dahrius Husin, said here on Thursday, April 16.

Both the district and municipal governments have been allowed to propose families entitled to social assistance, based on integrated data, including names, addresses, and citizenship identity numbers (NIK), he informed.

He then asked district and municipal governments to submit their data to the Social Service Ministry so that the aid can be disbursed soon starting April.

Previously, Health Minister Terawan Agus Putranto has approved the implementation of large-scale social restrictions (PSBB) in the Riau provincial capital of Pekanbaru in a bid to contain the spread of COVID-19. Before approving PSBB, a Health Ministry team conducted an epidemiology study and evaluated the city’s preparedness, in terms of social, economic, and other aspects.

The ministry then concluded based on the basis of the study that there was a considerable spike in the number of COVID-19 cases in Pekanbaru. Hence, the city needed to impose PSBB to expedite the handling of the COVID-19 crisis.

“Our public kitchen cooks 400 meals per day that will then be distributed to people of the low income group, such as angkot (public transport) drivers at the Depok Integrated Station and online ojek- motorcycle taxi drivers at Kartini Street,” Denny Romulo, the city firefighter agency’s official, remarked on Thursday, April 16.

This program aims to assist people bearing the maximum brunt of the COVID-19 pandemic owing to the application of PSBB.

Romulo added that the soup kitchen was open for logistics donation. Besides this, Depok authorities, through its social affairs agency, opened another soup kitchen in the eastern area.

The appearance of comments that politicizing the social assistance program provided by the city administration during PSBB have made Jakarta Legislative Council (DPRD) Head of Commission A, Mujiyono to respond it.

He said they intended to mislead the aid, which is valued Rp600,000.

The politicization, he explained, could be seen from posts on social media, noting that one package containing staple foods worth Rp600,000.

“One package is not worth Rp600,000. Because it will be distributed four times,” said Mujiono on Thursday, April 16.

Furthermore, Mujiyono said that if the budget of the social assistance did not match the package, then the Supreme Audit Agency (BPK) will surely examine it next year.

The Democratic politician asserted that the government will not commit any fraud related to the aid.

He said, that one package is valued Rp149,500. So the total value of the four packages will have Rp2,000 left, which the remaining fund, according to him, will be channeled to the regional treasury.

“If the value is deemed too high, the BPK will examine it later”, he said. Mujiono added, the city administration planned to disburse the aid to 1.2 million people. Each of them will earn four packages. The implementation of the social restriction will likely be extended from fourteen to twenty-eight days.