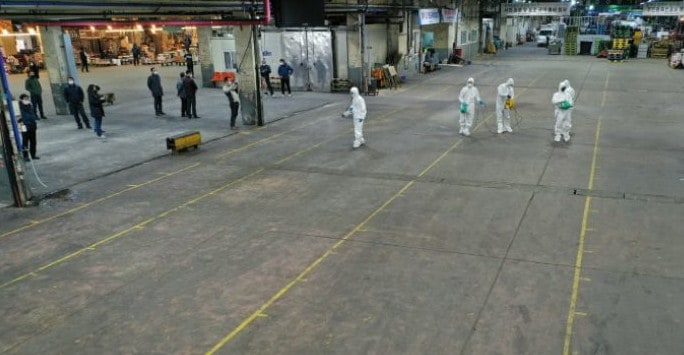 The Korean Centers for Disease Control and Prevention said that 39 of the new cases were related to the Shincheonji Church of Jesus in the southern city of Daegu.

More than 80 Shincheonji members have now been infected, starting with a 61-year-old woman who developed a fever on February 10 but attended at least four church services prior to diagnosis.

Daegu’s mayor — the fourth-biggest city in South Korea, with a population of over 2.5 million — has told citizens to remain indoors, and commanders have restricted access to a major US base in the country.

Shincheonji is often accused of being a cult and believes that his creator, Lee Man-hee, wore Jesus Christ’s mantle and on the day of judgment will take 144,000 people with him to heaven.

The KCDC said another case had been confirmed at a hospital near Daegu in Cheongdo County, where a total of 16 infections have now been reported, including a long-stay patient who died on Wednesday after displaying pneumonia symptoms.