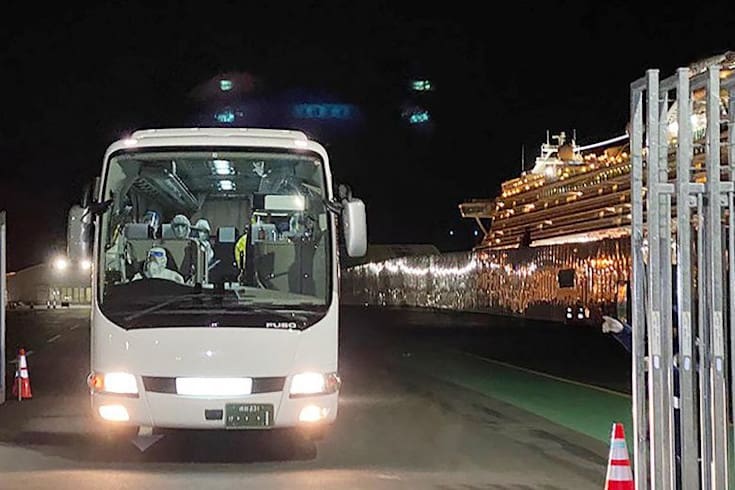 According to Yonhap news agency, a presidential flight carried six South Koreans home, and a Japanese spouse from a quarantined cruise ship docked off Japan on Wednesday.

Advertisement Evacuees shall be transferred to Incheon International Airport Quarantine and isolated for at least two weeks in order to rule out any symptoms.

Health authorities said there were 14 South Koreans on the Diamond Princess including those who arrived on Wednesday’s flight, five of whom were crew members.

The cruise ship, owned by Carnival Corp and carrying around 3,700 passengers and crew, has been quarantined in Yokohama since Feb. 3 after a man was infected with the novel coronavirus (COVID-19), who disembarked in Hong Kong before he returned to Japan.

More than 540 passengers on the ship were infected with the virus, the largest concentration of infections outside mainland China, according to the Japanese authorities.

The evacuees arrive after the third charted flight was dispatched last week to evacuate South Koreans and members of their Chinese families from the virus-hit city of Wuhan.

South Korea has reported 31 new coronavirus cases which have killed over 1,921 people in China. To see more latest news about philippines