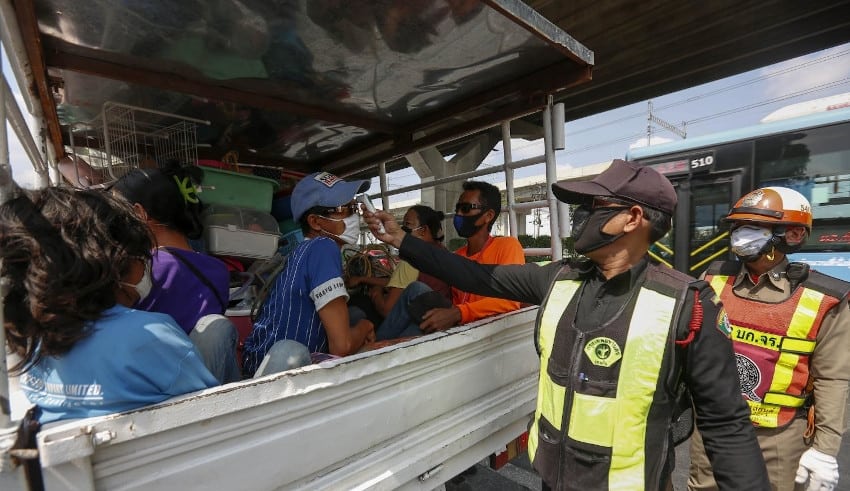 Though the partial lockdown has turned people’s lives upside down, it is gaining traction with the public as the government scrambles to control the spread of Covid-19.

The Emergency Decree was applied nationwide from March 26, banning the entry of foreigners, prohibiting public gatherings and urging people to stay at home. The decree came after Bangkok was put under partial lockdown on March 22 and 26 types of businesses were closed until April 12. Kannika Rachjareon, a freelance comic artist, said the Emergency Decree may make things difficult initially, but people have to sacrifice their freedom to bring the outbreak under control. “I normally meet customers face to face every week, but now I am meeting them online. I’ve also had to stock up on food, not out of panic but because I worry that leaving the house often can increase the risk of being infected or transmitting the virus to others,” she told the Bangkok Post.

Similarly, Panod Srisinsuphya, a television reporter, fully supports the Emergency Decree even though it has changed his working style. “Working from home can be distracting because all of my family is at home. It is also daunting to report news and edit videos online [instead of in the field]. Since some of my colleagues are in self-isolation, I have to go to the newsroom and broadcast live on their behalf. It is sad but true that during crises, people consume more news. So, we have to work harder during the outbreak,” he said. Patcharin Dhanakornpipattanakul, an office worker, also urged people to stay at home to avoid increasing the already heavy burden on overworked medical staff. “The only inconvenience is that most restaurants are closed. I only leave home to buy food because my family has not stocked up,” she said.