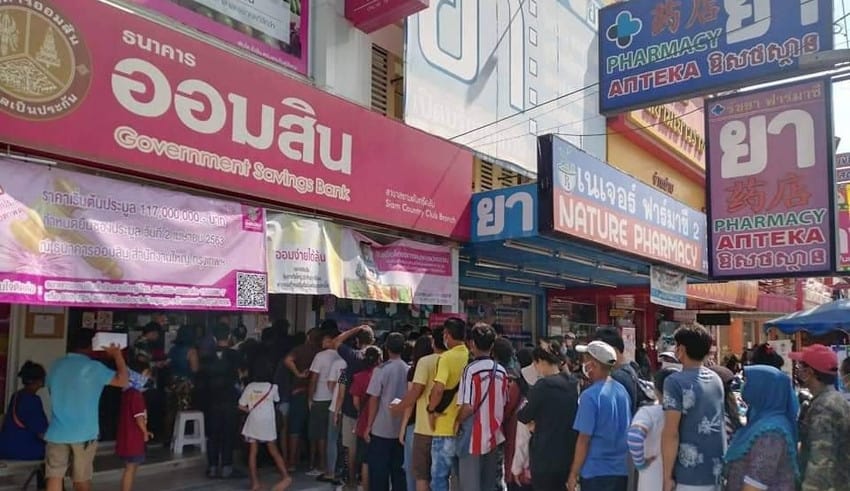 Three other state banks made the same announcements earlier. They were the Government Savings Bank (GSB), Krungthai Bank and the Bank for Agriculture and Agricultural Cooperatives. Clients are encouraged to use electronic transactions and mobile apps during the closures.

The banks decided to close their branches after long queues formed at some state banks on Friday. Large crowds were reported at GSB branches after news that the government would transfer money to help self-employed people affected by temporary business closure orders by authorities in the capital and several provinces. Several people assumed that, like the aid for low-incomer earners, the money would be transferred through only state banks, prompting those who didn’t have accounts with them to open ones.

The Bank of Thailand and the Thai Bankers’ Association clarified on Saturday morning that the financial aid — 5,000 baht a month per person for three months — could be transferred to the bank accounts of both state banks or commercial banks so long as people choose them as their recipient accounts when registering for the benefits. Those who have PromptPay accounts linked to their IDs can also use them to receive the money.