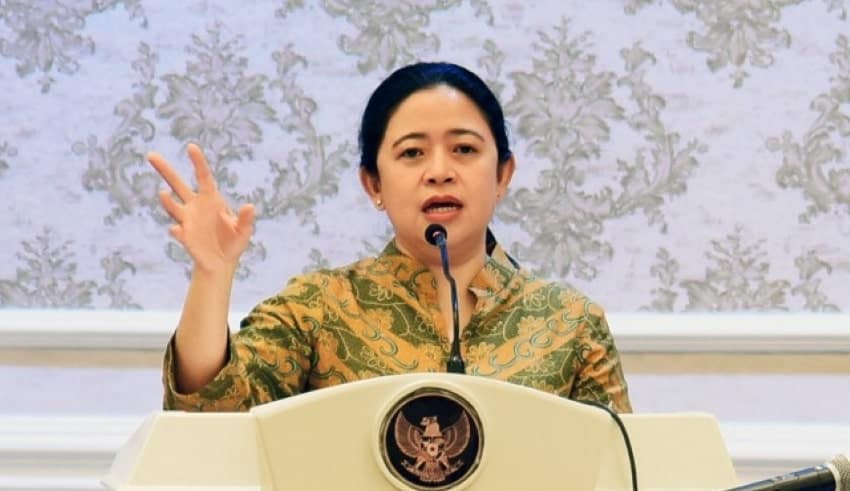 The chairman of the House of Representatives (DPR) Puan Maharani received sharp attention and criticism regarding her speech which offended the people of West Sumatra.
(C) DPR RI / Twitter

The chairman of the House of Representatives (DPR) Puan Maharani received sharp attention and criticism regarding her speech which offended the people of West Sumatra. In the speech, Puan hoped that West Sumatra could become a province that supports Pancasila.

“Hopefully West Sumatra can become a province that supports the Pancasila state, Bismillahirrohmanirrohim (in the name of God). Freedom,” said Puan when reading the recommendations online, Wednesday, September 2.

Puan’s speech was made in the middle of the announcement of the governor and deputy governor candidates for the 2020 West Sumatra Regional Head Election.

Puan hopes that the PDIP faction-nominated candidate pairs can win the 2020 regional election.

This statement can also be assumed by the people of West Sumatra that they do not support Pancasila.

“For me, it does not matter, because it is part of her efforts to carry out a process of political communication with the people of West Sumatra. Now, the problem is that the content considers that the people do not support Pancasila, which can also be judged by the West Sumatra people themselves,” said Asrinaldi.

In the establishment of the Republic of Indonesia, historically, many were born from the thoughts of West Sumatran figures. Starting from the originator of the idea of the first republic Ibrahim Datuk Tan Malaka in his famous work Na’ar de Republiek.

“Now, my suggestion is not to be polemic. Please take a long time for clarification. We are waiting for her clarification. But I also emphasize that as a person who was born and grew up to become a member of the Indonesian Parliament, West Sumatra is very supportive of Pancasila,” Andre Said.

Another DPR member, Darul Siska, also asked Puan to introspect herself and not comment for mere political interests.

“So I think there should be an introspection of officials, don’t make it easy to make statements that are only for a moment’s political interests and continue to disturb our sense of nationality,” said Darul Siska.

PDIP Secretary General Hasto Kristiyanto explained that Puan Maharani only reminded how to love Pancasila. Not only in West Sumatra but all regions in Indonesia

“So what is meant is more on the aspects of culture, nationalism, and touching all matters in the life of the community, nation, and state,” he said.