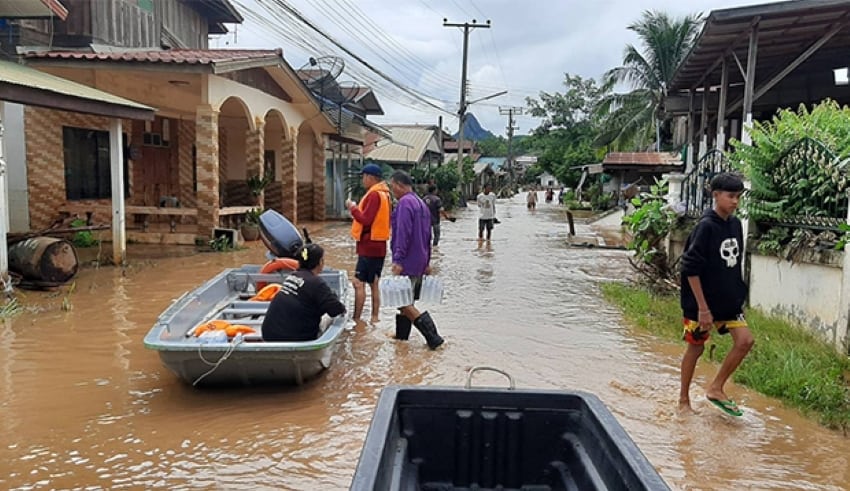 The provinces of Chiang Mai and Loei received a blast from the Sinlaku storm as they traveled to Thailand, with heavy rain and flood warnings still in place until at least Tuesday.
(C) Bangkok post

The provinces of Chiang Mai and Loei received a blast from the Sinlaku storm as they traveled to Thailand, with heavy rain and flood warnings still in place until at least Tuesday.

The Kuang River overflowed its banks and overwhelmed the municipality of the San Sai district of Chiang Mai overnight. People have avoided flash floods by heading to high ground.

Officials denied reports circulating on social media that the sudden flood caused a leak at the Mae Kuang Dam in the Doi Saket district. The flood was triggered by damage to a small check-dam downstream in San Sai, designed to slow down the flow of the river. The Kuang River is a tributary of the Ping River, one of the four main rivers in the northern region.

Muang District Chief Kittikun Butrkun said that the floods had subsided, but some areas of the municipality still had no power. Repair crews have fixed that, the Public Relations Department has reported. Loei was the province most impacted by the floods on Sunday, with some 700 households impacted, according to the Disaster Prevention and Mitigation Department’s report.

Three provinces to the north-east and six to the north, including Chiang Mai and Loei, suffered the brunt of the storm. The Meteorological Department issued another weather warning, but said Sinlaku was weakening as he reached the Pua district of Nan. In fact, Heavy rainfall was forecast in at least 44 provinces, most of them in the northern and north-eastern regions.