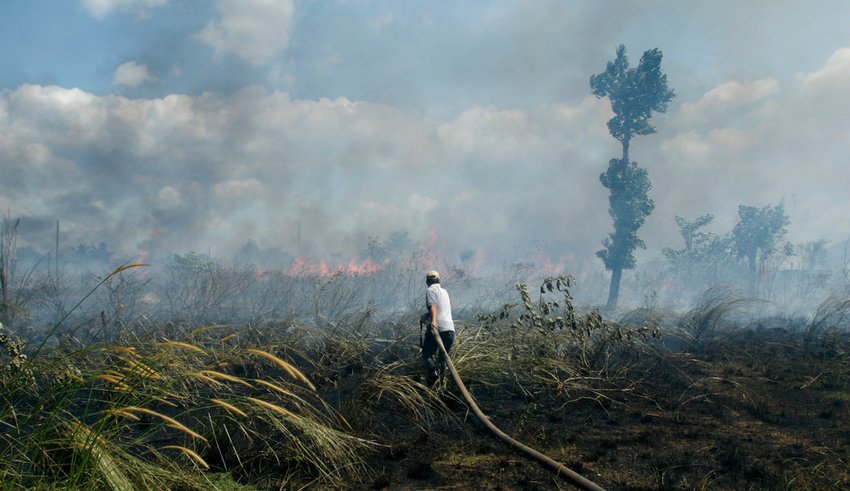 President Joko “Jokowi” Widodo reminded the government to prepare to anticipate the occurrence of forest and land fire disasters in the current dry season despite being focused and working hard to face the Covid-19 pandemic.

This was conveyed by him at a limited meeting of anticipating forest and land fires at the Merdeka Palace, Tuesday, June 23.

“To overcome this problem, law enforcement must act decisively and without compromise,” Jokowi said.

The president agreed to have asked the governors, regents, mayors, commander, commander, and commander, police chief, and police chief to be really fast and responsive to support and improve forest and land fires.

Head of the Task Force for the Acceleration of Handling of COVID-19 Doni Monardo immediately ensured that arising from the forest and land fires, especially peatlands, could adversely affect public health and increase exposure to Covid-19.

“Dense smoke can cause health protection for the community, the priority of those who have asthma or ISPA (Acute Respiratory Infection). The impact is dangerous for those who suffer from asthma when exposed to COVID-19, “said Doni after a limited meeting at the Merdeka Palace, Jakarta, Tuesday (06/23/2020).

He explained, according to the direction of President Jokowi, the most important action is how to make efforts to increase the level of forest and land fires this year can be compared significantly.

Mahfud also alluded to the minimal criticism of environmental commitment as a parameter of the success of the government in the approval of forest and land fire.

Minister of Environment and Forestry Siti Nurbaya said the government had set the cycle of forest fires in Indonesia. The government predicts that the forest and land fire will occur until September.

“We have already talked about protection issues such as hotspots and times of forest and land fires which on average in August the second week to September the first week,” Siti said after the meeting.

Siti said forest fires were divided into two phases for the regions of Aceh, Riau, and parts of North Sumatra. The first phase occurs in April 2020. Then the second phase occurs between June-July to late August or September 2020.