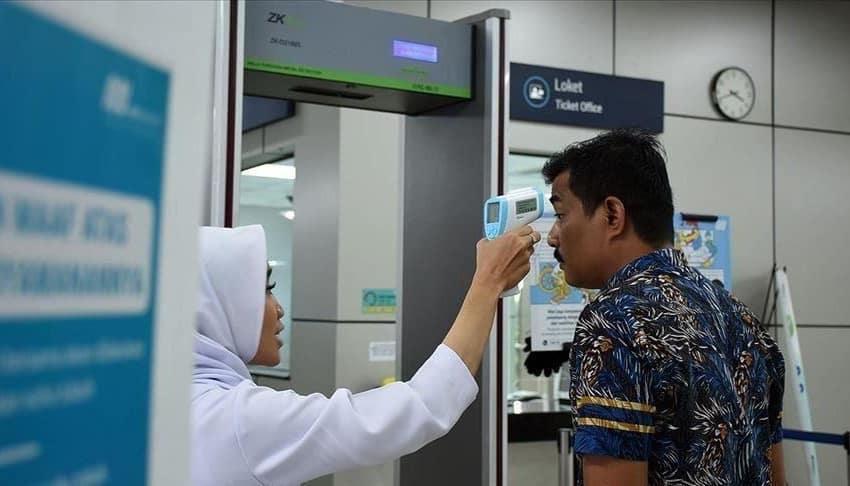 After Regulation of the Minister of Health (PMK) No. 9 of 2020 concerning the Guidelines for Large-Scale Social Restrictions (PSBB) to expedite the handling of Covid-19 published, a number of regions welcomed it by proposing restrictions in their respective regions.

However, not all regions were approved when applying PSBB proposal, such as for Mimika Regency, Fakfak Regency, Sorong Regency, Palangkaraya City, and Rotendao Regency. Their proposals were postponed because they have not been included in the criteria set out in PMK No. 9 of 2020

President Joko “Jokowi” Widodo finally banned the Lebaran homecoming or mudik this year from a strict need. Prohibiting mudik without making and enforcing the rules will only make the ban like an appeal. The prohibition also needs to apply not only to prospective travelers from Jakarta and surrounding areas, but also from other cities that are included in the Covid-19 red zone.

The government bans this homecoming that will be implemented starting April 24, 2020 and there will be sanctions for violators. Only, the new sanctions will take effect as of May 7, 2020. However,  this rule is actually ambiguous because it means the ban on going home is not effective before May 7. The people may possible to go to their hometown before that date and bring the coronavirus to their family there because those who intend to go home are still quite a lot.

According to the Ministry of Transportation, residents who decided not to go home this year reached 68 percent, while those who insisted on going home were around 24 percent, and the rest had gone home.

Besides homecoming ban, the government also needs to improve the management of social assistance so that those who are prevented from returning to their villages can continue to provide for their living needs.

The government opened registration for the Pre-Employment Card on Saturday (11/4) last week. The program is intended for candidates and laid-off workers that got termination of employment (PHK) during the corona pandemic.

After conducting online training, then the pre-employment card participants will get an electronic certificate. After that the participants were asked to give honest reviews on the quality of the training.

After the training is completed, participants will get a transfer from the government of Rp600 thousand multiplied by 4 months in the chosen bank account or e-wallet account.

The way of Pre-Employment Card program that launched by the government is more like a shopping card with the provisions that some of the funds must be spent on products in the form of videos and materials provided by all designated training start-ups. After that, then the card owner gets an incentive.

But the material offered there is generally widely available on the Internet, example in YouTube and it’s free too. So, the Pre-Employment Card balance to buy training material worth Rp 1 million per person is actually not right for prospective job seekers.

Meanwhile, the Ministry of Law and Human Rights through its assimilation and integration program has freed more than 30 thousand inmates, including corruption inmates throughout Indonesia, to prevent the spread of the corona virus. However, this step turned out to leave a number of problems in practice on the ground, where prisoners who had been released turned out to be acting like stealing and other crimes. The ministry’s decision was criticized by Indonesian Corruption Watch (ICW) researchers to be incorrect on the pretext of the coronavirus which requires prisoners of corruption to be free on certain conditions. ICW said all corruptors should not be free, regardless of their age.