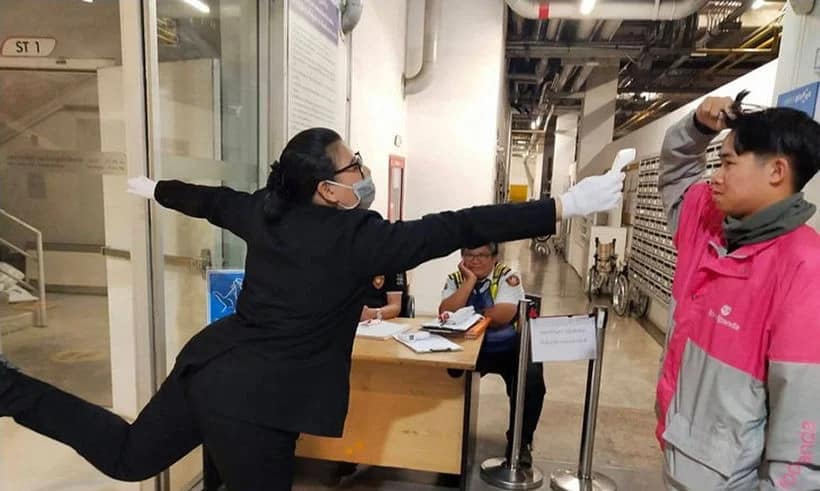 Provinces across the country have continued to enforce stringent measures to minimize the spread of COVID-19. In Nong Khai, the alcohol sale ban has been extended to 30th April, while the governor of Phichit has attended a local flea market, giving vendors recommendations for personal protection.

Nong Khai province has announced an extension of the ban on the sale of alcoholic beverages, initially expiring on 20th April, to 30th April. The Provincial City Hall has also announced a ban of public vehicles carrying passengers in and out of the province, affecting both scheduled and charter services. These measures have been introduced in an effort to minimize the transmissions of COVID-19. In Phichit, Governor Sirirat Chumupakan has visited Khlong Thom flea market in Phichit city to promote personal protection measures preventing the transmission of the coronavirus disease. Almost all vendors are now wearing face masks, while a temperature screening point and alcohol gel dispensers are placed at the entry for customer access.

The market’s management has asked all vendors to wear a face mask, and maintain at least 1-meter distance between one another. While the market remains open however, only shops selling takeaway food are allowed to operate. In Nan, Nan Hospital Director Dr Achara Laongnaulpanich has led a tour of the hospital’s lab for COVID-19 tests, which enables Nan hospital to conduct tests for the coronavirus causing COVID-19, using the PCR method in-house, increasing capacity, improving accuracy, and reducing waiting time. Nan hospital previously needed to send specimens for tests at a regional medical sciences center in Chiang Rai, resulting in a 3-4 hour delay for specimen transportation, as well as higher costs.

An 85-year-old woman, who had diabetes and high blood pressure, died. She was in close contact with previously confirmed cases and in quarantine. She was hospitalised on March 12 after showing symptoms like fever, coughing, and difficulty in breathing. She tested positive for Covid-19 on the same day. She passed away on April 16 with severe pneumonia. Taweesin asked elderly people and those with chronic disease to take care of themselves.

As of April 17, the total number of confirmed cases in the country stood at 2,700 — 964 are under treatment with around 60 in critical condition, 1,689 have recovered and been discharged, and there have been 47 deaths. Globally, there are more than 2.1 million confirmed cases and around 145,000 deaths.