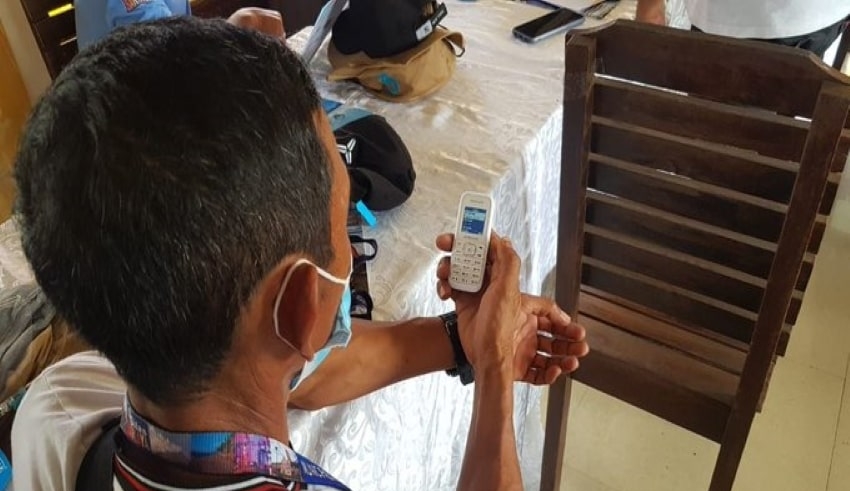 What a good news for this year as fisherfolks in the Philippines' coastal areas should look forward to the creation of ISDApp.
(C) philstarbiznews

What good news for this year as fisherfolks in the Philippines’ coastal areas should look forward to the creation of ISDApp, the group app that enables fishermen to access valuable forecast information to help them schedule their trips to the sea, even without a mobile or internet connectivity, for a brighter and safer year ahead.

ISDApp, created by iNON IT Solutions and driven by Globe, collects localized weather data, translates it to simpler weather forecasts, and sends it via scheduled regular SMS to the registered mobile numbers of fishermen, including the critical hours before they leave for the sea.

The launch was mainly a collaborative venture between the National Institute for Research and Development in Fisheries (NFRDI) and Globe, based on Dr. Mudjekeewis Santos, Scientist IV. The local government of Sariaya in Quezon was then chosen as the pilot group for the project to be run in collaboration with the Bureau of Fisheries and Aquatic Resources (BFAR) Area IV-A.

In view of this, a group leader who serves as the Community Manager downloads ISDApp on his/her smartphone to use the app, and then creates a specific population number for ISDApp. Fisherfolks in the region can then register for free via SMS and begin to receive weather updates several times a day, a few hours before they sail to the sea.

Along with this, BFAR is the government body responsible for establishing, enhancing, maintaining and sustaining the fisheries and aquatic resources of the country. The NFRDI meanwhile is the primary academic arm of BFAR of the Philippines’ Department of Agriculture. It ensures safe national fisheries by research and development and aims to increase the income of fishermen. It also aims to make the Philippines one of the world’s top five fish growers.

Consequently, Agriculture Department Undersecretary for Agri-Industrialization and Fisheries Cheryl Marie Natividad-Caballero also praised the creation of the software, as it is consistent with the vision of the Department of a resilient and food-safe Philippines.