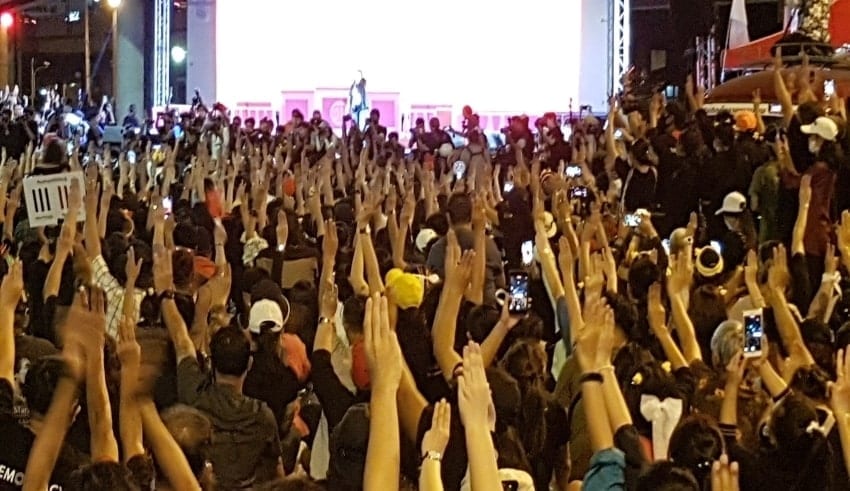 Without fear of going to jail, Thailand's interdiction protests are about more than the right to challenge the monarchy.
(C) MayWong / Twitter

Without fear of going to jail, Thailand’s interdiction protests are about more than the right to challenge the monarchy. Through this, the demonstrators want taxpayers to regulate tens of billions of dollars worth of investment and real estate.

In view of this, The Royal Family of Thailand has long been the largest shareholder in two of the most profitable companies in the world. Alon with this are Siam Commercial Bank Pcl and Siam Cement Pcl, as well as large land plots in central Bangkok housing luxury shopping malls, high-end hotels and towering office buildings. As confirmed by recent public records, the portfolio has placed the monarchy in business with many of the tycoons of Thailand, claiming the role of the king at the pinnacle of power.

#Thailand #protest leader @arnonnampa continues to push the envelope saying the #King has shown he's not neutral & clearly involved in politics. Evidence including use of #lesemajeste against critics while encouraging the #royalists/yellow shirts #ม็อบ2ธันวา #ศาลรัฐธรรมนูญ pic.twitter.com/dYmwq4MI88

The’re a new thing in the level of public discourse which is fed by unrest over legal reforms in 2017 and 2018 that were accepted without public discussion by a military-appointed parliament. Currently, the problem has become one of the rallying cries for demonstrators who march through the streets of Bangkok daily, numbering in the tens of thousands at times.

The legal changes gave the power to King Maha Vajiralongkorn to show his name on the properties of the Bureau of Crown Property, it’s an organization that controlled them for the palace regardless of who sat on the throne. They were the first changes in about 70 years to the law on crown land.

The reforms made it clear that the king was one of the richest men in Asia, and that he had final say on the holdings. They combined the management of personal properties and those managed by the Bureau of Crown Property and abolished the position of the finance minister as ex-officio president of the department.

On the other hand, the student groups which have been protesting since the beginning of the year include the Thammasat and Demonstration United Front which urges 10 demands to fix the problems with the monarchy. Through this, The students are trying to abolish the legal changes and a clear division between the personal properties of the king and other property of the crown.

For them, The monarchy’s power isn’t just limited to politics but also touches the economy. Here’s Chirawak, a demonstrator leader who was recently released from prison telling that The king now holds shares in some of the country’s biggest companies, owns assets, and has connections with many big businesses in the country.

For them, the duty is to return whatever assets of the crown property previously under its charge to His Majesty so that His Majesty may take decisions on all matters pertaining to their charge and management at his disposition.

Consequently, The royal family is currently being protected by illiberal rules against slander that have stifled debate about the finances of the palace. But with many people suffering economically during the pandemic, the wealth of the king has become a source of question and resentment which is a possible danger to some magnates doing business with the palace.