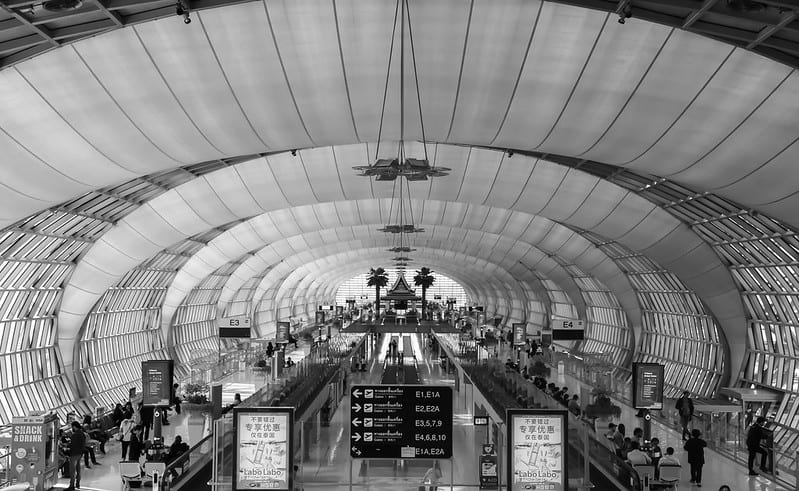 According to Civil Aviation Authority of Thailand (CAAT), travel bubbles are likely to be postponed as some countries eyed for the system have seen a revival in Covid-19 incidents.
C) Flickr, William C

According to Civil Aviation Authority of Thailand (CAAT), travel bubbles are likely to be postponed as some countries eyed for the system have seen a revival in Covid-19 incidents.

CAAT Director-General Chula Sukmanop said that although talks with a number of countries including China , Japan and South Korea about travel bubble arrangements are being thrashed out, the scheme will be put on hold due to a spike in infections. He said this month Thailand would closely track the situation with Covid-19.

The government has come up with a proposal to introduce travel bubbles with many low-coronavirus-risk countries and the plans were originally to be implemented as early as August for the first community of international leisure travellers.

Mr Chula stated local tourism is crucial to restore the aviation industry in the country and noted that domestic travel demand is picking up after airlines restart operations and business operators initiate advertising campaigns to improve travel. He expressed optimism that more economic stimulus steps to be adopted by the government would raise purchasing capacity and would continue to rebound in the aviation and transport sectors.

Transport Minister Saksayam Chidchob said on Tuesday that the main concern for the government is public health, as it considers reopening the country to foreign travelers. Mr Saksayam called on airlines to wait for a specific strategy from the Government and CAAT when questioned about news on airlines planning to restart foreign flights in September.

Earlier Thira Woratanarat, an epidemiologist at the University of Chulalongkorn, advised the government to take strict care while making travel bubble plans since the Covid-19 pandemic is still ravaging other areas of the planet.

Sophon Iamsirithavorn, head of the Communicable Disease Division, advised the public on Tuesday to hold their guard even though no local cases of coronavirus have been reported for 43 consecutive days in the region. In the meantime, the Pha Muang Task Force is scaling up efforts to deter foreign workers from secretly creeping into Thailand to search for employment