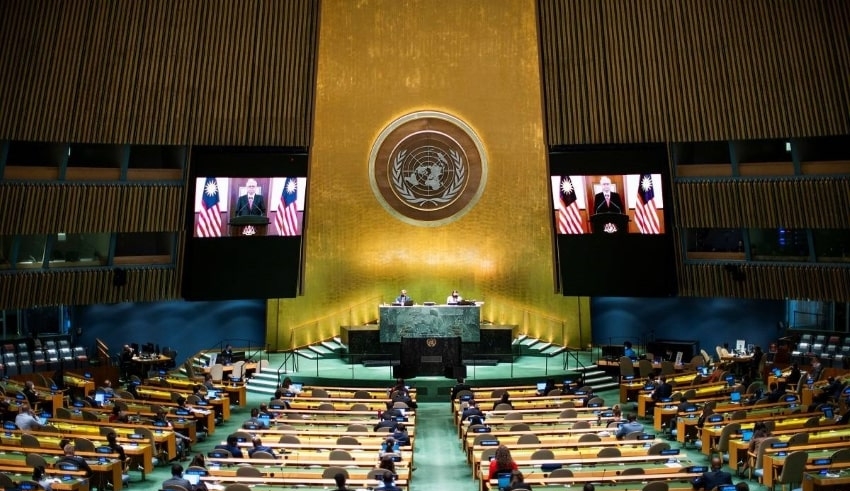 Ismail Sabri Yaakob thinks the United Nations (UN) membership must speak with one voice on the necessity for an urgent halt of hostilities worldwide.
(C) theedgemarkets

Prime Minister Datuk Seri Ismail Sabri Yaakob thinks the United Nations (UN) membership must speak with one voice on the necessity for an urgent halt of hostilities worldwide.

This he stated during his opening video address to the 76th Session of the UN General Assembly (UNGA) held in New York. The Malaysian Foreign Ministry made his speech transcript accessible to the media (Wisma Putra).

According to him, it is sad that the world is still a long way from achieving a worldwide ceasefire, with many areas remaining unstable.

“Malaysia stresses again that Israel must be held responsible and accountable for all its wrongdoings including its flagrant violations of international law.” – PM Dato' Sri @IsmailSabri60 at the #UNGA76 pic.twitter.com/mqZVuDh6He

He noted that Malaysia will continue to do all possible in the conduct of its foreign policy to promote peace and avoid war.

“In this respect, Malaysia reiterated its commitment to global peace, security, and prosperity by continuing to take the lead on the June publication of a Joint Communique on global ceasefire,” he added.

Malaysia has always been a strong believer in all efforts and initiatives that promote peaceful coexistence amongst countries, peoples, religions, and cultures, the Prime Minister said.

Further commenting on the worldwide ceasefire, he referred to the situation in Myanmar after the military ousted the civilian administration on Feb. 1, stating that the country’s condition remained a major worry for Malaysia.

The PM said that Malaysia is especially concerned about the humanitarian situation, exacerbated by Myanmar’s strained healthcare system.

In addition to more than 150,000 Myanmar refugees, Malaysia now accommodates 86 per cent of the world’s refugees.

He said that although Malaysia fully supports the work of the Asean Chair’s Special Envoy on Myanmar, he expressed worry that Myanmar’s authorities had yet to provide the envoy entry to the country.

“We urge the authorities to accept the visit and help the Special Envoy in carrying out his mandate, as well as accelerate the implementation of Asean’s ‘Five-Point Consensus,’” he added. Brunei’s second Foreign Minister Erywan Mohd Yusof was appointed special envoy to Myanmar by the ten-member bloc to assist the mediation and discussion process.