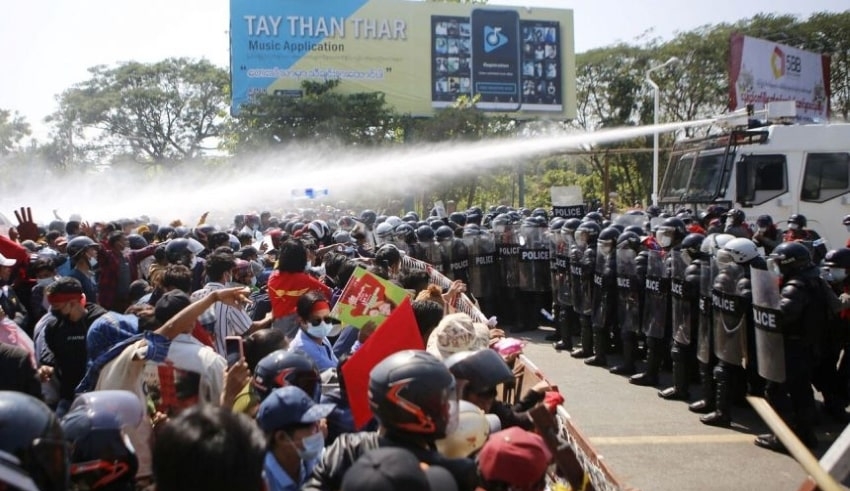 The Southeast Asian nation has been in turmoil since the military ousted Aung San Suu Kyi’s administration in February, sparking massive anti-government demonstrations that security forces have attempted to suppress via deadly crackdowns.

Activist from Hong Kong delivers ‘Freedom’ book in the UK

Soon after, reports of an internet and data blackout surfaced, especially in areas where civilian and military troops are at odds.

The junta’s foreign ministry denied that the State Administration Council was to blame.

According to the ministry, terrorist actions such as demolishing communication towers by terrorist organizations have interrupted recent internet connections.

In a statement, the Ministry advised foreign embassies in Yangon to carefully check material.

Following the Feb 1 coup, Myanmar is no stranger to internet blackouts, with the military instituting one in the early hours of February 1 after the arrest of Suu Kyi and other senior members of her National League for Democracy party by troops.

In the weeks after the powergrab, a countrywide mobile data blackout was also implemented throughout the evening hours.

On Sunday, anti-coup activists said that telecoms services in the northern Sagaing region’s Pinlebu, Kawlin, and Wuntho townships – hotbeds of confrontations with the military — had been down since the early hours of the day.

“Since 2:00 a.m., we have been unable to use the internet or make phone calls,” an anti-coup fighter who left Kawlin said, adding that security troops were swarming the neighborhood.

He added that the public is concerned that the junta would conduct a large operation.

Another member of the local defense group said that they were unable to contact their fighters in Pinlebu.

The anti-coup fighters increased their assaults when the self-proclaimed “National Unity Government,” which is mostly composed of legislators from Suu Kyi’s defunct party, encouraged people to target military assets in their regions.

According to local witnesses, around 1,100 people have been murdered and over 8,000 detained since the coup. The junta has justified its takeover by claiming widespread fraud during the late 2020 polls, which Suu Kyi’s party won by a landslide.