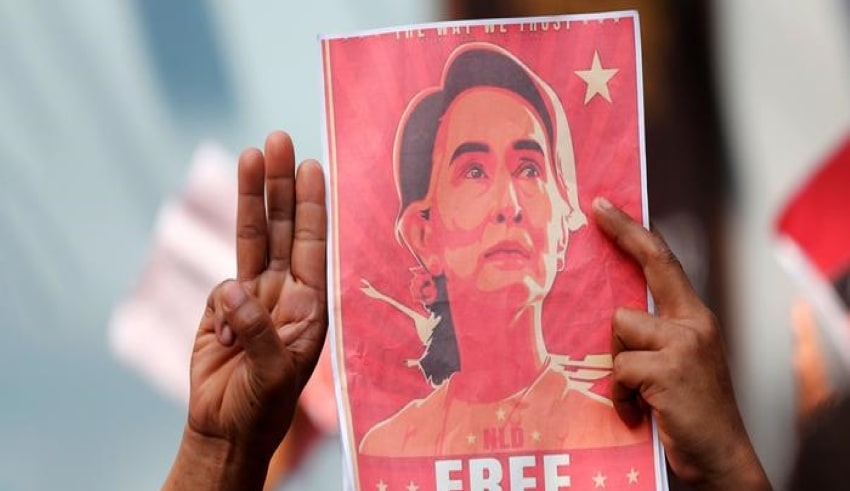 Myanmar’s junta will put ousted leader Aung San Suu Kyi on trial for corruption, her lawyer said today, adding to a raft of ongoing cases that could see her jailed for decades.

Suu Kyi has been under house arrest since she and her elected government were deposed by the military in a February coup that sparked a mass uprising and a brutal crackdown on dissent.

Covid-19 aid to Sabah, already on its way

The 76-year-old Nobel laureate is currently on trial for flouting coronavirus restrictions during polls her party won in a landslide last year, illegally importing walkie talkies and sedition.

She will face a new trial on four charges of corruption beginning on October 1 in the capital Naypyidaw, her lawyer Khin Maung Zaw said.

Each corruption charge carries a maximum sentence of 15 years.

The ongoing trials were delayed for two months as Myanmar grappled with a coronavirus surge and only resumed this week, with Suu Kyi skipping the first day on health grounds.

Journalists have been barred from all proceedings so far.

The junta has also charged her for accepting illegal payments of gold and violating a colonial-era secrecy law, although these are yet to come to court.

Her National League for Democracy government was deposed by the military for alleged voter fraud during the 2020 polls, in which it trounced a political party aligned with the generals.

A nationwide uprising and ongoing unrest has paralysed the economy of the Southeast Asian nation.

More than 1,100 people have been killed and over 8,000 arrested, according to a local monitoring group.

The military says the toll is much lower but critics are saying otherwise. Junta chief Min Aung Hlaing said last month that elections would be held and a state of emergency lifted by August 2023, extending the military’s initial one-year timeline announced days after the coup.