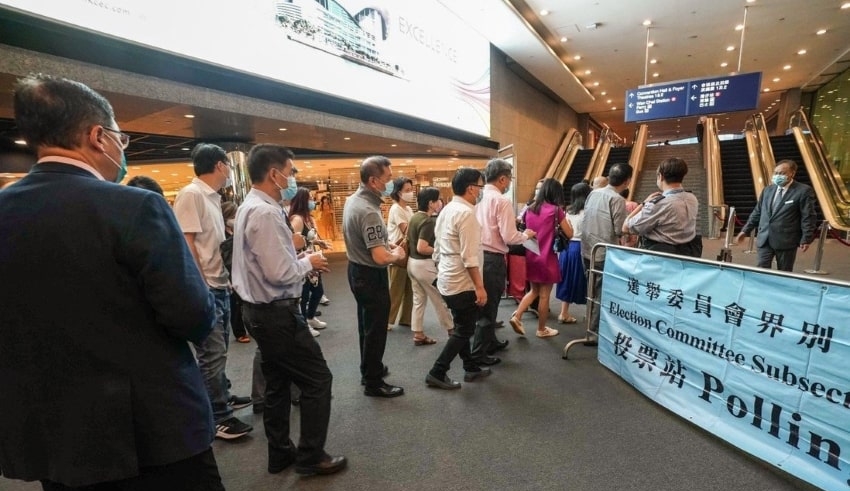 Hong Kong’s political elite begin selecting a powerful committee on Sunday that will choose nearly half the legislature.
(C) scmp

Hong Kong’s political elite begin selecting a powerful committee on Sunday that will choose nearly half the legislature. It is also decided that later on a new leader will be selected too under a new patriot system imposed by Beijing. The first poll under that new system, dubbed patriots rule Hong Kong, will take place today as members of the city’s ruling classes choose a 1,500-seat election committee.

Although it is believed that having just two opposition parties in the race, there could be stifling dissent with the new rules. Analysts are of the opinion that these Sunday elections would be an indicator of how much room would be left for a new, moderate breed of critics.

In the elections and polls, the figure has now been slashed to about 4,900, a tiny fraction of Hong Kong’s 7.5 million population. Police said 6,000 officers were on standby to ensure there were no protests or disruptions. Beijing insists the new political system is more representative and will ensure anti-China elements are not allowed into office.

Critics say it leaves no room for the pro-democracy opposition and turns Hong Kong into a mirror of the authoritarian Communist party-ruled mainland. Nathan Law, who is a prominent democracy leader who fled to Britain last year mentioned that Hongkongers are completely cut off from electoral operations and they need to participate more so as they have more say in the process.