The Asian Affairs > Latest News > Indonesia > The Unexpected: Prabowo, Once Barred from the US, Receives an Official Visit Invitation 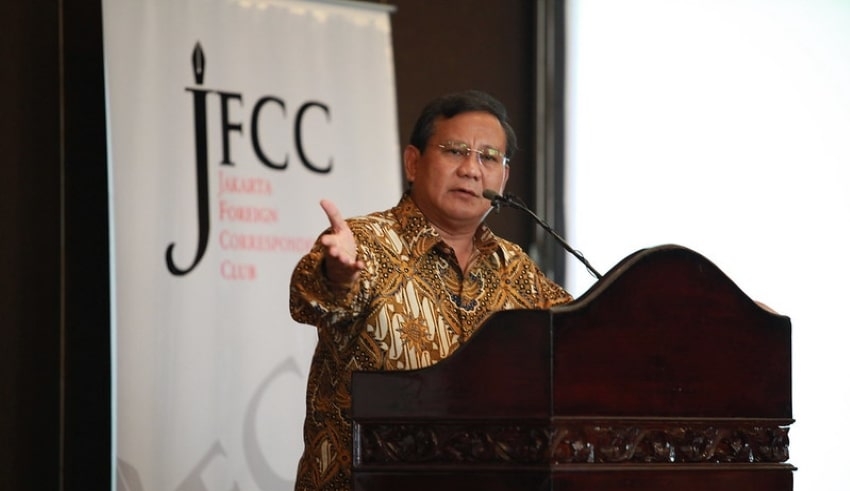 Prabowo Subianto, Minister of Defense of Indonesia, was invited to the United States for a bilateral debate on defence cooperation.
(C) Flickr, Prabowo Subianto

Prabowo Subianto, Minister of Defense of Indonesia, was invited to the United States for a bilateral debate on defence cooperation, a ministry spokesman said yesterday. He added that Mr. Prabowo had accepted the invitation and was expected to make an official visit to the United States.

In compliance with the ‘free and active’ foreign policy concept of Indonesia and non-involvement in military alliances with any nation. Minister Prabowo has been actively engaged with various countries, including the US, in defence diplomacy. It is not clear if the invitation means that Mr. Prabowo, a former three-star army general who has long been banned from the US because of reports of human rights violations, has been or will be given a visa by Washington.

Mr. Prabowo was included in the Indonesian Army Special Forces blanket ban for suspected abuses of human rights in East Timor while the region was under Indonesian control. In 2000, Boston, Massachusetts, stopped him from attending his son’s graduation. In 2012, Reuters announced that Mr Prabowo had once again been refused a visa by the US.

In October of last year, Mr. Sufmi Dasco Ahmad, a politician of the Gerindra Party, of which Mr. Prabowo is president, said he claimed that the ban had been lifted.

Previously, the US Embassy in Jakarta claimed that visa records were confidential under US law and that it was not necessary to reveal the specifics of individual visa cases. Military analysts also suggested that the travel ban against Mr Prabowo may have an effect on the Minister’s weapons procurement decisions in order to comply with the Indonesian Minimum Necessary Force provision.