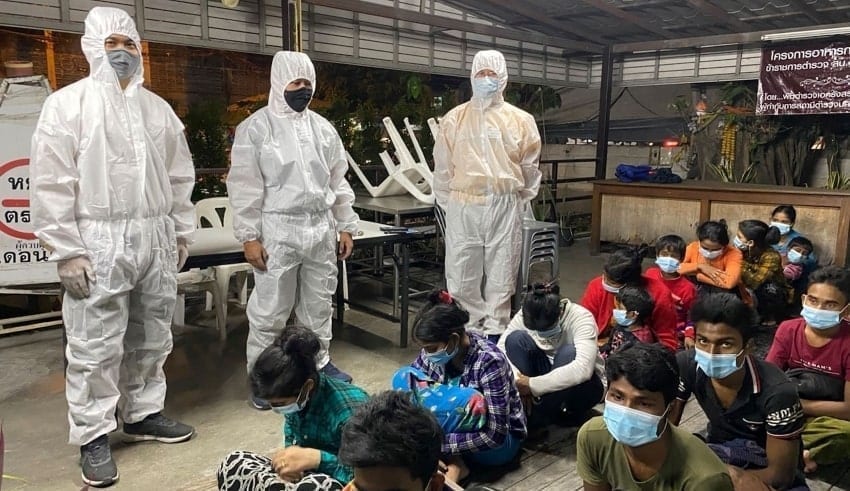 The police officers reported that nineteen Rohingya and a Thai woman suspected of housing them were detained for illegal entry into Thailand.
(C) Bangkok post

This weekend, the police officers reported that nineteen Rohingya and a Thai woman suspected of housing them were detained for illegal entry into Thailand, as fears about trafficking routes for the Muslim community fleeing Myanmar are increasing. In Myanmar, where freedom of travel and citizenship is denied, and access to work, health care, and schooling is missing, the persecuted Rohingya have long faced oppression.

In view of this, A military crackdown in western Rakhine state in 2017 sent nearly 750,000 people fleeing over the border to Bangladesh, while many chose to embark on treacherous journeys with human smugglers to reach Malaysia and Indonesia, often traveling through Thailand.

When 19 Rohingya were found in a house in Bangkok’s Don Mueang district, Thai police said the new trafficking activity was uncovered this week. The police were also able to arrest one Thai woman in the province of Pathum Thani on charges of offering Rohingya shelter, Police also managed to arrest one Thai woman in Pathum Thani province on the charge of providing shelter to the Rohingya.

The party was smuggled from Rakhine state into Thailand overland and was headed for Malaysia, said an immigration officer who refused to be identified. Of the 19 Rohingya, seven have been confirmed positive for and are being treated for coronavirus, the officer said, while the others are being held as a precaution in quarantine.

In 2015, during the so-called boat crisis that saw desperate Rohingya and Bangladeshi refugees trapped at sea and deserted by their smugglers, Thailand was thrown into the international spotlight.

Among the hundreds accused of their involvement in the drug network were police officers, a high-ranking general and even lawmakers, who burst out into full view after officials uncovered thousands of shallow graves in secret camps along the Malaysian border.

Col Kissana said authorities are anxious about the new discovery of the 19 Rohingya along with the possibility of the transmission of the coronavirus.

Along with this, The chief of Thai police has expressed his concern over the issue of police being potentially involved with the smuggling scandal, so he has ordered subordinates to strictly follow the law.

Consequently, Almost 100 Rohingyas bound for Malaysia were detained in a raid in Yangon earlier this week. If the smugglers are members of a larger network, investigators are also investigating.