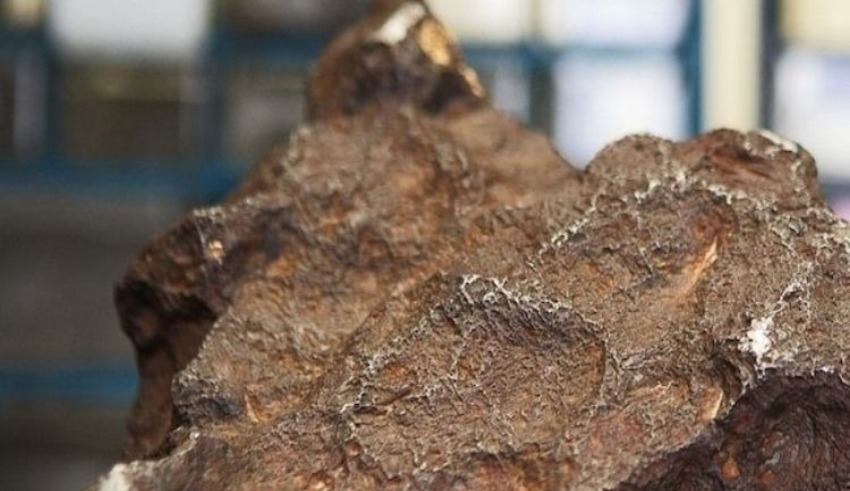 Unfortunately at this time, there are no facilities in the Philippines that are competent enough to classify meteorites, especially this meteor's size.
(c) CNN Philippines

The rock that Ricardo dela Casa of Camarines Norte has is said to have come from heaven. Ricardo took the rock to a meteorite enthusiast and collector to have it examined, and he received confirmation that the rock is in fact a meteorite. However, how much does it actually cost, and where did Dela Casa get his hands on it in the first place?

Dela Casa revealed this information on an episode of AHA! of GMA Public Affairs. He stated that his mother-in-law was the one who observed it.

It was Ricardo’s mother-in-law who first noticed the meteorite and then picked up the stone. She also noticed that it was a meteorite.

Ricardo provided an explanation, saying, “My in-laws were in the back of the home when they heard a tremendous crash.” It was a powerful explosion that occurred in the back. During his investigation, he discovered the stone.

They couldn’t believe their eyes because it didn’t look anything like the stones around it. After arriving at the home of his mother-in-law, Ricardo examined it before conducting an experiment there. “I had a look at it and tested it to see if it would be attracted to a magnet, and the results were positive.”

One of the most fundamental techniques to determine whether or not a rock is a meteorite is to subject it to a magnetic test. Magnets are drawn to meteorites because of the presence of metallic iron in their composition. In order to determine whether or not the meteorite is “stony,” a magnetic test can be performed by attaching a thread to a magnet and then pressing the magnet against the rock.

Ricardo also used a lighter to burn a portion of the meteorite, and after waiting for six minutes, the burned portion did not become dangerously hot.

Ricardo traveled to Manila to consult with Menandro Plaza, a meteorite collector and enthusiast, in order to have the stone analyzed by him. Formerly employed as an Overseas Filipino Worker in Dubai in the capacity of a mechanic in the year 2012, Menandro is now back in the Philippines. His late German-Arabic boss, who was also a meteorite collector, was a significant influence on him when it came to his fascination with these space rocks. His late employer left him his meteorite collection, which consisted of 63 individual pieces and weighed a combined 22 kg in total. When Menandro moved back to the Philippines in 2019 to finish his education there, he took this collection with him.

Menandro has collected a total of one hundred pieces of meteorite at this point.

Menandro requested a fragment sample of the meteorite when Dela Casa brought in his piece of it so that he could conduct an investigation of it. He employed a digital weighing scale in order to ascertain its mass, and a magnet in order to establish that it was composed of metallic iron. “Both the density test and the physical test indicate that the object in question is a meteorite,” the analyst said. Menandro asserts that the meteorite in question is of the stony variety, as opposed to the metallic variety.

“For the time being, we may refer to it as unclassified; nevertheless, once it is classified and certified, I believe the price will climb well into the hundreds of thousands of dollars.”

At this time, there are no facilities in the Philippines that are competent enough to classify meteorites.

According to Christian V. Cruz, a geologist who is also a member of the International Meteorite Collectors Association, there is no universally accepted system for the classification of meteorites.
“When it comes to pricing, collectors don’t have a set price in mind. They only look at the rarity of the meteorite, the class of the meteorite, and the provenance of who it came from, along with other characteristics that are specific to meteorite collectors,” adds Cruz.