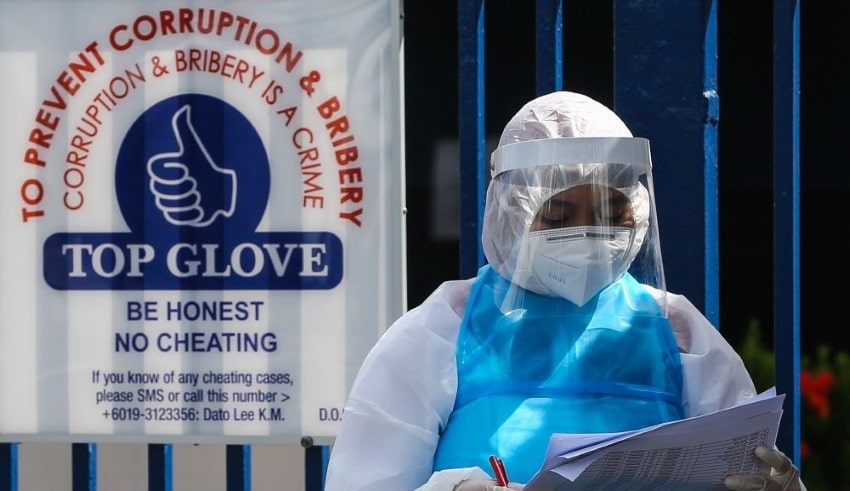 Glove manufacturer Top Glove today confirmed that it will temporarily suspend operations at its factories in Klang, which is currently under the enhanced movement control order (EMCO) until July 16.

“Top Glove wishes to inform that its medical glove factories in Klang will not be operating temporarily, in compliance with the EMCO directive, while waiting for clarification from Majlis Keselamatan Negara (MKN),” the company said in an email response to Malay Mail’s queries.

“The company looks forward to safely resuming operations at the appropriate time and continuing to produce its much needed medical gloves for frontliners and healthcare workers in Malaysia and globally,” the company said.

“The company continues to maintain strict adherence to the relevant rules and regulations, as well as COVID preventive SOPs, and is committed to safeguarding the health and safety of its workforce and the communities in which it operates,” it added.

Malay Mail had contacted Top Glove earlier today for clarification following a news report of the revocation of its approval letter under the Covid-19 Intelligent Management System (CIMS) 3.0.

Companies in Malaysia currently require the CIMS 3.0 letter to operate throughout the different phases of the National Recovery Plan and in EMCO areas.

Malay Mail asked Top Glove to verify the news report of the letter being revoked for its operations in an EMCO area in Selangor, and had also asked if the company would continue to operate or temporarily suspend operations in EMCO areas.

The Ministry of International Trade and Industry (Miti) which hosts the CIMS 3.0 platform — shared by 17 ministries and three government agencies — had in a statement earlier today clarified that companies that are not essential services cannot operate at all in EMCO areas.

Miti had stressed that only essential companies in EMCO areas can use the CIMS 3.0 letter to continue operations.

On July 1, Senior Minister (Security) Datuk Seri Ismail Sabri Yaakob announced the list of affected mukim in Selangor and affected localities in Kuala Lumpur that would be placed under EMCO from July 3 to July 16.