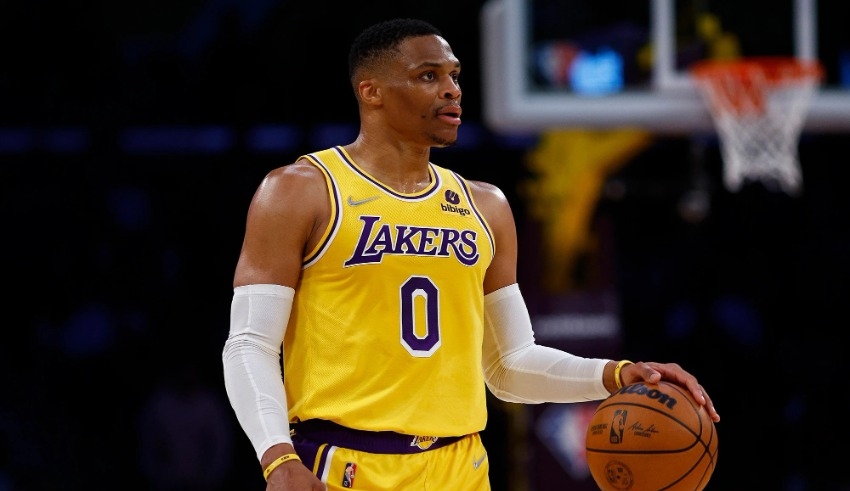 It was announced Tuesday that Russell Westbrook would return to the Los Angeles Lakers in 2022-2023 after he exercised his $47.1 million player option.
(c) Basketball Addict

CALIFORNIA: It was announced Tuesday that Russell Westbrook would return to the Los Angeles Lakers in 2022-23 after he exercised his $47.1 million player option, ESPN and The Athletic reported.

It’s the final year of a five-year, $206 million contract for the nine-time All-Star point guard and 2016-17 Most Valuable Player. He is entering his final season.

To avoid missing a deadline with the Lakers and their new coach Darvin Ham, Westbrook, 33, had until Wednesday to decide whether or not to sign on with them.

With injuries ravaging the veteran-laden Los Angeles Lakers’ lineup in 2021-22, Westbrook became a target of disgruntled Lakers’ supporters. This was Russell Westbrook’s worst season since 2009-10, and the Lakers finished the season with a record of 33-49.

The Lakers hope that Russell Westbrook and his co-stars LeBron James and Anthony Davis will have a bounce-back season next season.

The meetings between Westbrook and Ham, according to GM Rob Pelinka, focused on the team’s goal for Westbrook as an off-ball guard, he said last week. To Ham’s credit, Pelinka also highlighted that Westbrook agreed with the team’s decision to prioritize defense.