The Asian Affairs > Latest News > Philippines > What is the La Salle-Schonny Winston drama? 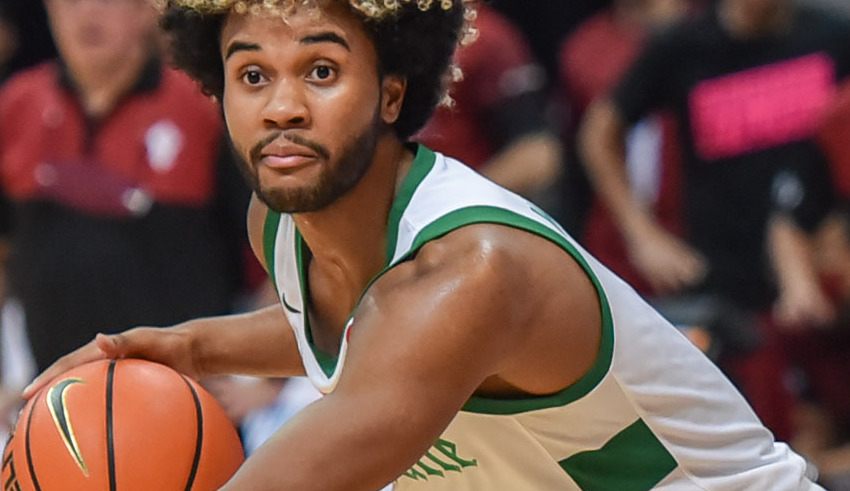 A look at the once-promising partnership between Schonny Winston and La Salle, which ultimately ended up in shambles by the end of their UAAP campaign
(c) Tiebreaker Times

But everything changed so quickly.

Early in the second round, a reported calf issue hampered Winston. And during La Salle’s most important game of the season, he did not even sit on the bench. On December 4, Winston was sighted in the stands alongside La Salle fans as the Green Archers suffered a sad 80-76 loss to the Adamson Falcons in their elimination game for the last Final Four berth.

La Salle head coach Derrick Pumaren claimed after the game that Winston was “authorized to train without restrictions” but chose not to play for the Green Archers, which further piqued fan interest.

What went down before the game?

Winston’s stepfather and manager, Laurian Watkins, stated that the 24-year-old guard sustained many tears in his calf, not simply a strain, with the diagnosis being primarily a gastrocnemius tear.

Winston was authorized by a physician to “train without limits” on December 1, a day after La Salle upset UST to remain in contention for the Final Four.

But from Watkins’ perspective, this meant “to advance to the next step” of training, which did not include participation in actual games.

Watkins remarked, “He was performing mobility, one-area tasks, with no explosives and no lateral movement.”

Winston was a semi-active participant in practice on Friday, notably during a 3-vs-3-vs-3 exercise, according to his stepfather. However, he felt pain and tightness in his injured leg immediately afterward and withdrew from further involvement.

On Sunday, the day before La Salle’s must-win game against Adamson, Winston believed he wouldn’t play major minutes, but he wanted to be available for a brief stint in case Pumaren decided to introduce him.

Watkins stated, “He was certain to make himself available.”

On the day of the game, as Winston prepared for the contest, he was told he could not join the team.

Watkins was able to see the game versus Adamson because his stepson provided him with a ticket beforehand. However, he claimed Winston was required to purchase his own ticket at the Mall of Asia Arena box office.

What happened after the game?

Winston approached La Salle’s locker room after a disheartening loss against Adamson, and Watkins stated that he had been “cursed out,” although he did not specify by whom, even if their old team’s top player was only intending to speak with his teammates.

“He was barred from entering the changing room.” Watkins stated, “I won’t identify names, but every coach and player in the room heard him.”

Winston was allegedly referred to as a “loser” and a “quitter,” and when Rappler asked Watkins if it was true, the stepfather confirmed it.

He continued, “And a few more choice words. I do not wish to engage in that.”

Schonny consoled his teammates by saying, “Hey, guy, excellent game, I’m sorry I wasn’t out there.'” He then left at his own pace. He was not shaken by that.

“It is not worth the time to discuss,” he stated.

However, several witnesses corroborated that the incident occurred and informed Rappler that what was said to Winston was more worse than what has been reported.

Watkins stated that Winston was injured during La Salle’s first-round loss to Adamson, an 86-84 overtime thriller in Antipolo.

Winston suffered a gastrocnemius tear or numerous calf tears, although the exact nature of his injury was not reported until after La Salle’s season had concluded.

Watkins stated that his stepson’s calf exhibited soreness previous to sustaining the injury.

“His calves were so tight game after game because they press the entire court, he plays the most minutes, he has to protect whoever is scoring, he has to score, they have four-hour practices, and they’ve played all summer (preseason tournaments). His body must recover,” Watkins explained to Rappler.

Basketball superstars from outside who end up playing in the Philippines are frequently startled by the length of daily practice sessions. On the other hand, local hoopers have become accustomed to it.

Winston would virtually miss the remainder of the season, with the exception of a few seconds of playing time in each game in the later half of the second round, resulting in a disappointing conclusion to what had been a promising UAAP career.

“I believe their intention was to demonstrate a commitment to Deschon in the case he was nominated for accolades that required him to play 10 games to qualify,” Watkins said of the UP’s Malick Diouf’s certain victory in the MVP race.

“They were responsible for that, not Deschon. He could not care less,” he stated.

Watkins asserted that Winston made an effort to return to help his teammates secure a berth in the Final Four, despite the fact that, according to his assessment, the ailment generally requires a half-year to recover entirely.

He added that Winston chose to perform his physical rehabilitation while his teammates practiced, despite his stepfather’s insistence on bringing in outside assistance.

During the elimination phase, several La Salle sources told Rappler that the team’s strength and conditioning staff exerted multiple efforts to enable Winston return to playing at the optimal speed for his recuperation.

During last Sunday’s major game, however, there were speculations that Winston decided not to risk further injury to his calf because he already has arrangements to play for a particular professional basketball team overseas.

Watkins vehemently refuted this, stating, “That is not how we operate.”