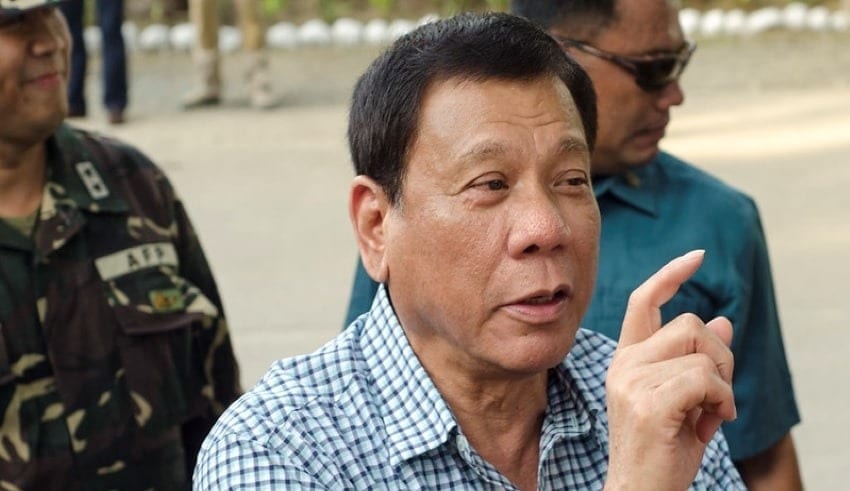 President Rodrigo Duterte responded to criticism over his absence when the world's strongest storm this 2020 was hitting parts of the country.
(C) Flickr,cityinfo cagayandeoro

METRO MANILA – President Rodrigo Duterte on Monday responded to criticism over his absence when the  world’s strongest storm this 2020 was hitting parts of the country that left 16 people dead as of the moment.

During the situation briefing on the effects of the typhoon in Malacañang, Duterte was in his hometown Davao City for the Undas weekend which coincided with the landfall of Typhoon Rolly on Catanduanes and the Bicolandia.

His absence during the storm did not sit well with a few critics on social media after his Cabinet and the Disaster management team held a briefing  after Rolly hits Catanduanes and Albay with the President nowhere near in sight.

“Those who said that I was not here because I was in the province, so, what’s your problem?” Duterte said in a meeting.

“The papers that needed to be signed were sent and I returned them. There’s machines anyway. Do you want me to stand at DENR Secretary Roy Cimatu’s white sand to show that I am here?” He added.

The President said that there was no difference if he was in Manila or in Davao during the calamity. Malacañang further explained that even when the President is in Davao City, He was monitoring the situation and after the storm has passed, He immediately conducted aerial inspection in Bicol Region and Calabarzon deeply affected by Typhoon Rolly.